K-State moves to 2-0 and will end its opening three-game homestand with a 7 p.m. tipoff against Hampton on Friday, Nov. 21.

Samantha Waldron had eight points to pace the Kangaroos, who sent their men’s and women’s teams to K-State in consecutive nights.

After going without a field goal in just over five minutes of the first half, a layup from sophomore forward Jessica Sheble propelled the Wildcats on a 26-11 run over the remainder of the half.

The Wildcats shot 36.4 percent from the floor in the opening half, but they came out of the locker room with an even stronger presence on the offensive end of the floor with a 60-percent, 15-of-25 shooting performance.

“It took us a while to get going, particularly at the offensive end,” K-State coach Jeff Mittie said. “It just seemed like a little sluggish early, a lot of turnovers early in this one. Erica (Young) gave us a big lift off the bench. I think our group continued to play better as the game went on.”

Led by its post defense, K-State kept UMKC off-balance for much of the night as it blocked nine shots. The mark was the greatest for the Wildcats since rejecting 10 shots against Indiana St. on Dec. 20, 2009.

“What I did like was our defense,” Mittie said. “We were playing pretty solid defense the entire game. We were not giving them anything easy.” 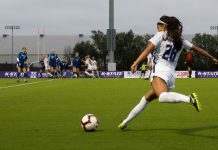 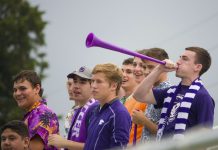 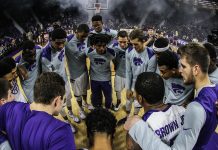