In our world of fast-paced communicating and ever changing technology, a system that is 15 years old is not a good ingredient to add to the student recipe for success.

K-State’s Learning Management System, K-State Online Classic, was built in the early 2000s. Fast-forward to this year, when the Office of Mediated Education decided to modernize and transition to K-State Online Learning powered by Canvas.

“I think it is much cooler than Classic,” Keegan Mocabee, freshman in open option, said. “Canvas has more features than just checking grades.”

The decision to move away from the locally-based system, Classic, to the new Canvas system came from the investment of resources and analysis of long-term costs. According to Rob Caffey, director of the Office of Mediated Education, it would have created a bigger mess both in resources and financially to try and fix Classic than to give it the modern feature that was desired by students and faculty.

The benefit of Canvas is that it features Learning Tools Integration, commonly called LTIs. LTIs are a framework that is created by the software to use existing, as well as new tools, and can be expanded upon.

“(Canvas) was born in The Cloud,” Caffey said. “It works really well in that it fits the needs of the campus.”

According to Caffey, changing what the campus uses on a daily basis is not an easy task; though it is made easier by the features Canvas has to offer. One feature is called “What-If?” which takes students’ current grades and allows them to see the results an assignment could have by typing in a certain score. The feature then lets students see their potential grade in a class if they receive that score.

Another feature of Canvas that can help the faculty is the Speed Grader function. It allows for more efficient grading of tests and responses.

“I took an online class at another college that had Canvas,” Marah Schneider, sophomore in social work, said. “If I wouldn’t have experienced it already, I would have been super confused.”

Even with these benefits, there have been some issues; one of the issues was how Canvas interacts with large classes, mainly ones with 400-plus students enrolled in the course. That problem is apparent on the instructor side of Canvas.

For instructors, Caffey said there isn’t a search bar to easily find students to administer individualize assignments or to change grades. This issue is currently being addressed by the Office of Mediated Education and Instructure, the company that produced Canvas.

According to Caffey, more than half of the students enrolled have at least one class on Canvas.

“Change is hard, and there are some people that would prefer not to change,” Caffey said. “But it’s progressive and we are able to provide a better service to students and faculty.” 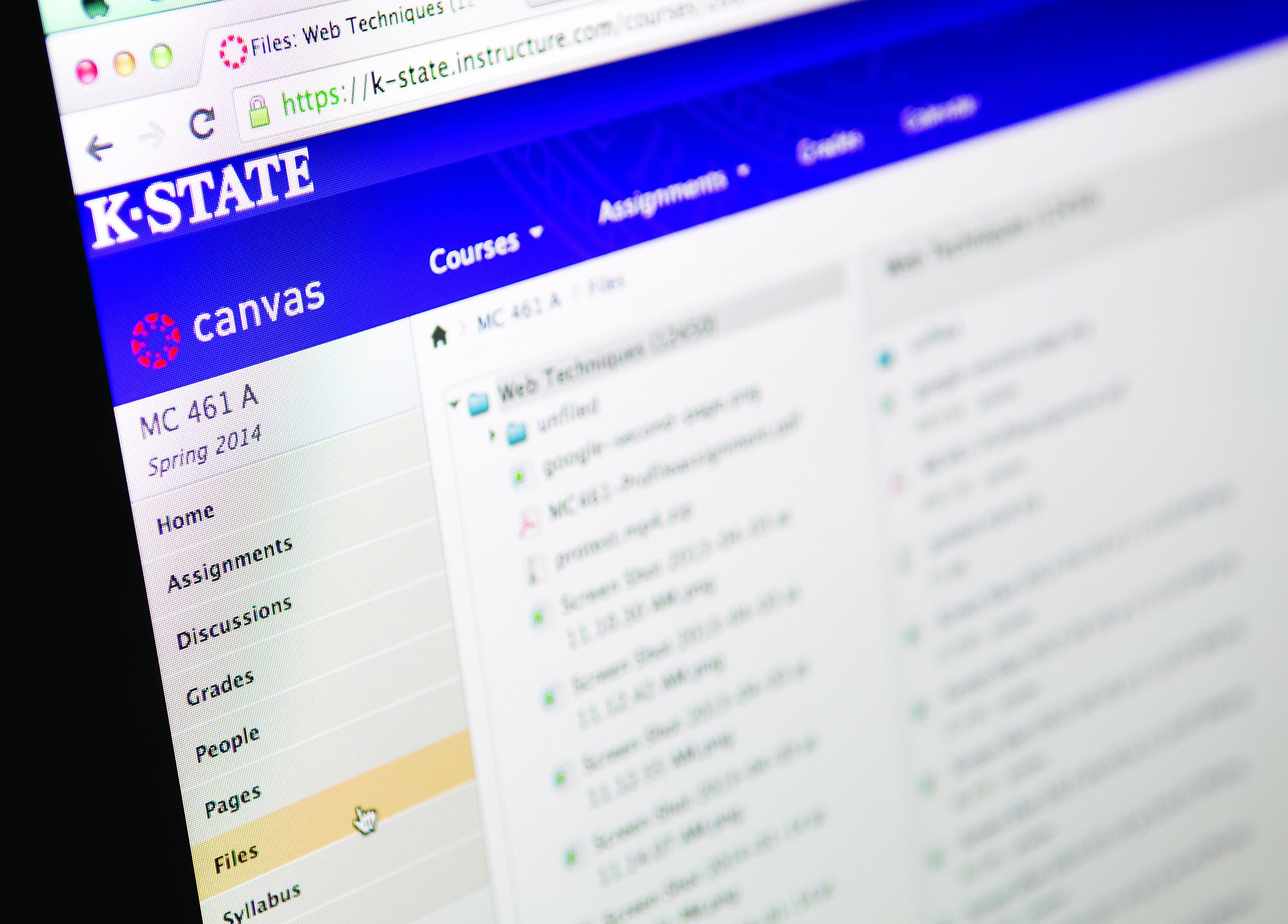 Starting with a blank Canvas