On Friday, K-State volleyball will take on No. 20 Utah in the first round of the NCAA tournament in Lincoln, Nebraska.

This will be the 15th time in school history that K-State has made an appearance in the NCAA tournament. The Wildcats (22-8, 9-7) are 11-3 in the first round of the tournament with their last first round win coming in 2011 against Wichita State (3-0).

The year also marks the last time K-State advanced to the Sweet 16, a feat they’ve achieved three times overall. The 2011 tournament is when they stunned No. 2 Nebraska in their home arena before heading to Hawaii and eventually losing to Pepperdine in three sets.

K-State’s last taste of postseason play came against Northern Iowa in 2012 and they were swept.

The Utes are the only sure thing for the Wildcats going into the first round of the tournament.

Utah (19-12, 9-11 Pac-12) finished the conference season strong, winning seven of their last eight matches. That loss came against undefeated and No. 1 Stanford in Palo Alto, California.

The Pac-12 is far and away the strongest conference in the NCAA. Ten of the 12 teams out of the Pac-12 made the field of 64.

K-State and Utah have played both Missouri State and Arizona this season. Both teams beat the Bears in five sets and both teams got swept by Arizona. Overall, the Utes were swept twice this season.

K-State is 0-3 against the Pac-12 in postseason play with the last matchup coming against Southern California in 2004.

Friday’s match will be the first meeting between Utah and Kansas State.

The Pride (28-5, 13-3 CAA) received an automatic bid after winning the Colonial Athletic Association. K-State is 1-0 against Hofstra with that one win coming in 2011.

Leading the way for the Pride is CAA player of the year and senior outside hitter Kelsie Wills, who had 498 kills to go along with 30 aces.

Hofstra did not share any common opponents with any of the other teams in the Lincoln region.

K-State has never played a CAA team in the postseason.

The Cornhuskers are sitting in a familiar spot. They come in favored to escape their region and head to the Sweet 16. While Hofstra might not present much of a challenge for the Cornhuskers, the round of 32 may not be so easy.

Utah is a team that has been through the trenches of the toughest conference in the nation and has some key wins against some impressive opponents.

The main focus for folks from Nebraska and K-State is the hoped for rematch of the former conference foes.

The Wildcats were never able to truly grasp the Cornhuskers in their time in the Big 12. Nebraska holds a dominant 80-4 record against K-State.

If K-State gets past Utah, it will hope to capture the luster of the 2011 match where the Wildcats pulled away in set five to complete the upset.

Common opponents include Texas, who beat K-State twice and beat Nebraska in five sets. Michigan, who K-State swept in Ann Arbor, is the second and it split two matches with Nebraska with each team winning on their home floors.

K-State is 2-3 against the Big 10 in the postseason with their last win coming against Nebraska in 2011. 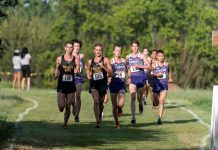 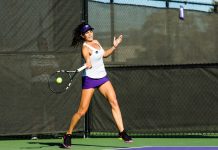