The team is comprised of students who dedicate their time and effort to constructing an aerial vehicle that automatically flies to different coordinates without the presence of a pilot. The team is based in the College of Engineering and includes students from a variety of different majors who contribute their knowledge to help create the most successful flying device possible. Collin Pierce, president of the UAS Team and a senior in mechanical engineering said he likes the variety of different majors coming together.

“The cool thing about us is that we are interdisciplinary,” Pierce said. “We have people from a lot of different majors who have different talents which is good because we can see different perspectives.”

The ultimate goal of the team is to construct the flying vehicle by June in order to compete in a competition sponsored by the Association for Unmanned Vehicle Systems International. The competition is held every June at the Patuxent River Naval Air Station in Saint Inigoes, Maryland. Around 40 universities compete from all over the world. There are three major parts of the competition that every team must complete.

According to the AUVSI website, the first part of the competition requires each university to write a paper that can be up to 20 pages long. Teams write the paper to explain what they expect to do, their rationale for why they constructed the device they did and also give an overall description of the air vehicle and how they constructed it. Along with that, the team must include their previous performances and safety risk methods. This part of the project is worth 25 percent of the total credit.

The second part of the competition requires each team to give an oral presentation that can be no longer than 15 minutes. Teams must attempt to explain to a group of judges how they plan on completing the mission and the experience of each team member. Teams must also reveal the equipment they plan to use not only in the air but from a ground control system standpoint as well. This part of the project is also worth 25 percent of the total score.

Finally, the last part of the competition requires the teams to embark on a 20-30 minute flight that includes around 10-15 objectives. Some of the objectives are considered “primary” and some are considered “secondary.” Some examples of the basic primary objectives are takeoff, sustained flight, hitting targets in sequence and landing.

Each flying vehicle must have a means to take visual data of the targets the plane is attempting to reach. Some of the more advanced primary objectives involve describing characteristics of the targets and determining the location of a target within 50 feet.

Secondary objectives are generally more advanced objectives that include the identification of infrared targets and symbols on those targets and an air drop objective where the plane must drop all-purpose flour onto a certain target. The flight mission portion of the competition is worth 50 percent of the total score.

Since the UAS team came into existence in 2010, they have competed in four competitions and have never placed lower than seventh place in the world. Their best finish was during the 2012-2013 calendar year when they finished third in the world.

The K-State team decided to compete in the competition this year using a model airplane that is student constructed and weighs roughly 25 pounds. The plane also features an electrically-powered propeller to gain and sustain power. However, aerial vehicles don’t have to be powered any certain way. As a matter of fact, Pierce recalled seeing a gas powered flight vehicle used in competition.

“The nice thing about being electrically powered is that our plane is light and more efficient,” Pierce said.

To take off, one of the team members holds the plane and once the plane gains enough energy, the team member lets go and the plane sustains altitude from their hand. The plane will then reach desired altitudes and locations which are pre-programmed using a computer application called Mission Planner. The plane also features a curved, snowsled-looking base on the bottom to allow for a smooth landing.

“There’s so much we do and people think we just fly a plane take pictures of the ground,” Koch said. “The things we do (are) so much more complex than that.”

The project is actually so complex that the team is broken up into three different parts: Airframe, Autopilot and Image Analysis.

According to Pierce, the competition committee does not force all teams to build their aerial vehicle a particular way.

When asked if some teams used drones, Chris Piggott, senior in computer science, was quick to distance the AUVSI’s competition from droning.

“The way drones have been popularized is for bad reasons and what we are doing can be used for crop analysis and other important things,” Piggott said.

The national debate on whether or not drones should be legalized continues to be a controversial issue. Some people are against drone usage due to privacy concerns and safety concerns. According to the FAA website, drones are only legal for non-commercial and hobby usage. In order to use a drone for commercial use, you must apply to the FAA for airworthiness and it cannot weigh more than 55 pounds.

Pierce said the team usually conducts flight tests at Northeast Community Park in the mornings and ending in the afternoons to accommodate these regulations. Pierce also said that they must contact the Manhattan tower and Marshall beforehand to let them know they are testing and must also notify them after their flight. Factors that can cancel a flight are heavy winds, problematic pre-flight system tests and delayed ground operations on test day. 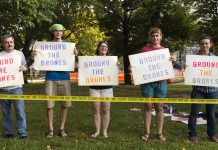 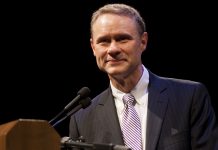 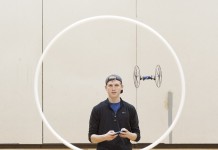