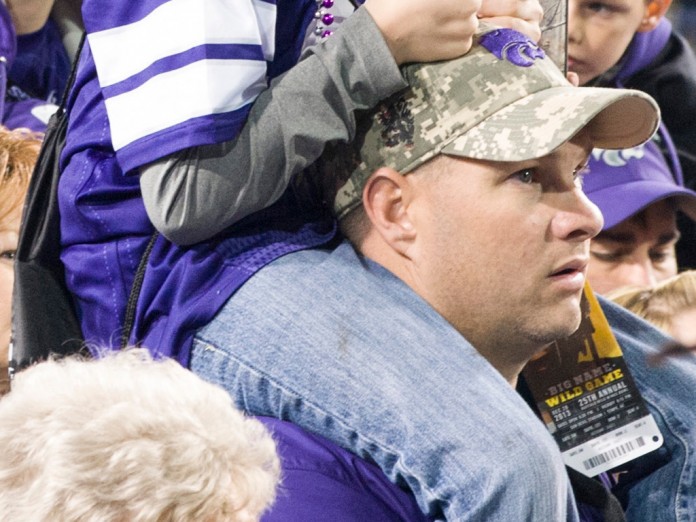 It has been 16 years since K-State last traveled to the Alamo Bowl and those in charge of coordinating the trip are excited for what’s in store for those traveling to San Antonio.

“It’s a better place to go for traveling K-Stater’s,” Chris Gartner, head of the K-State Alumni Association chapter in San Antonio, said. “It’s a lot more fun in San Antonio than in the middle of the (Dallas-Fort Worth) metroplex. There is a lot more for the team to do. It’s not Jerry’s World, but the Alamodome is still a really nice location and nice venue. To some extent, it’s a better destination, but it doesn’t have quite the prestige of the Cotton Bowl. It’s a pretty good plan B.”

Gartner, ’77 alumnus in civil engineering, leads an active chapter of over 1,000 media in the San Antonio area. They hold watch parties for football and basketball games and also host parties throughout the year.

“I had a sneaking suspicion for some time that we would probably be slotted into the Alamo Bowl,” Gartner said. “We switched out of the Christmas party and this will serve as that this year. We have a very active group of local alums that love K-State and we’re excited to host the ‘Cats down here.”

Overall, the state of Texas has just over 12,400 alumni and Alumni Association president Amy Button-Renz is excited to help host K-State fans in the third-biggest state of alumni.

“We have a very active alumni club in San Antonio,” Button-Renz said. “In addition to that we have an active club in Dallas/Fort Worth and in Houston and several other locations. We know that there is a lot of excitement from our alumni that reside in the state of Texas.”

In following past bowl tradition, Button-Renz and her office are in the process of preparing a pep rally the day before the game. Through two of the last three years, K-State has seen roughly 15,000-20,000 fans attend these events and the group is expecting a large crowd for this year’s edition of the event.

“One of our biggest challenges is always having a location large enough to handle Wildcat nation,” Button-Renz said. “We travel so well and everyone is always excited. The pep rally is a highlight because they get to hear from Coach Snyder and the captains. The entire team and the coaching staff is present and that makes that event pretty special.”

Gartner said that few members of his alumni group get to make it to Manhattan for games and they’re extremely excited to see head coach Bill Snyder and his 2014-15 team in action on Jan. 2.

“We’re proud to be represented by him and the guys that wear the Powercat on their helmets,” Gartner said. “We’re very proud of the team and the effort they put into it and we’re extremely tickled to get to see them (in San Antonio).”