It’ll be a busy week for the K-State Collegian staff in San Antonio, Texas covering the 2015 Valero Alamo Bowl. It’ll be just as busy for K-State fans leading up to kickoff on Jan. 2 at 5:50 from the Alamodome with event after event happening in the city.

That being said, you can find out everything that’s going on in San Antonio relating to K-State below so you know where the hot spots are for everything purple and white.

5 p.m. — Rudy’s Bar-B-Q Pep Rally at the Arneson River Theatre on the Riverwalk, brought to you by the 2015 Valero Alamo Bowl. Featuring local bands, both teams and cheerleaders, this event on the Riverwalk will be one of a kind. Space is limited, so fans are encouraged to arrive early. The theatre is located at 418 Villita St., San Antonio, Texas 78205.

5 p.m. – 7 p.m. — Live edition of KMAN’s “The Game” at Charlie Wants a Burger, brought to you by KMAN. Listen to KMAN’s football experts discuss the Alamo Bowl while catching the other New Year’s Eve games. The restaurant is located at 223 Losoya St., San Antonio, Texas 78205.

6 p.m. – Midnight — Celebrate San Antonio, brought to you by the city of San Antonio. One of the country’s largest New Year’s celebrations will not want to be missed. The free event downtown draws over 200,000 spectators annually, capped off with a fireworks show at midnight. Festivities will be throughout downtown, including the Riverwalk, with the fireworks shooting off from the Tower of the Americas, which is located at 739 East Cesar E. Chavez Blvd., San Antonio, Texas 78205.

2 p.m. — K-State Alamo Bowl Pep Rally, brought to you by the K-State Alumni Association. K-State’s bowl pep rallies have become a must-attend type of event for Wildcat fans attending the game. This year’s installment will feature players, coaches and members of the K-State Marching Band and cheerleading squad. The event’s doors will open at 2 p.m. at Freeman Coliseum, located at 3201 E. Houston Street, San Antonio, Texas 78219. The pep rally is a free event.

Noon – 5:45 p.m. — Fan Zone, brought to you by the 2015 Valero Alamo Bowl. Fans can enjoy free games and live music at one of the bowl’s hottest game-day experiences. Both K-State and UCLA’s marching bands will walk through the Fan Zone between 4 and 5 p.m.

1:30 p.m. — Powercat Gameday, brought to you by KMAN. A live edition of KMAN’s game-day radio broadcast can be experienced in person, on-site at Charlie Wants a Burger. Again, the restaurant is located at 223 Losoya St., San Antonio, Texas 78205.

2:30 p.m. – 4:30 p.m — K-State Pregame Party, brought to you by the K-State Alumni Association. Wildcat fans can get amped for the game with fellow K-State’rs at the Alumni Association’s official pregame party. The event is being held at Henry B. Gonzalez Convention Center, located at 200 East Market St., San Antonio, Texas 78205. Tickets, which include a full meal and beverages, can be purchased on-site for $65 for adults, $45 for children ages 13-20 and $25 for children ages 4-12. 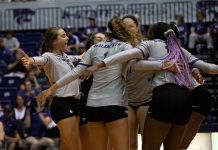 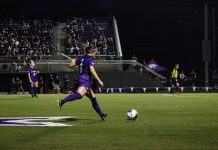