Winter break is a monthlong break for students to recharge, however, this recharge only lasts so long before it dies out again. So what is a student to do? Keeping energy and focus up throughout the semester is something a lot of students have to work hard for. Naturally, the first thing many turn to is energy drinks, caffeine or focus-enhancing medicine.

What students might not know is that there are more natural and healthy ways to get energy and focus that won’t require preparing for a “crash” process at the end of it.

A lot of ways to stay energized require morning habits and activities. One habit that is common for many students is starting the day with a cup of coffee. According to Bayo Adio, expert in fat loss and body transformation at 3rd Street Nutrition in Manhattan, the effects of coffee lasts for a short period of time.

“I think most people are used to getting up and getting their coffee, but that only lasts for an hour or two and you crash pretty quickly,” Adio said.

Though coffee has many good health benefits, according to Adio, it should not be a sole resource for energy. Nutritious foods provide longer-lasting energy and don’t result in a “crash.” Simply eating breakfast will help keep up energy all day long according to Adam Carney, sophomore in kinesiology.

“Obviously with energy, the first thing to do is diet, then make sure you eat breakfast in the morning,” Carney said. “That will give you more energy through the day because it more evenly distributes your calories throughout the day.”

There are also ways to maximize the energy that breakfast can give. This is where eating the “right kinds of foods” can come in handy. According to Adio, eating high-powered foods for breakfast will further increase energy.

“I don’t think it stops with just eating breakfast,” Adio said. “I think it’s extremely important to eat a highly nutritious breakfast and that’s kind of like your high-powered vegetables and protein and fruits is needed. I think those are more important in increasing your energy levels, rather than something like coffee.”

Adio said that some of these high-powered vegetables can include asparagus, green beans, cauliflower, broccoli and spinach. He also said he would recommend almonds and nuts for a nutritious snack. Foods like these help bring energy levels up rather than down.

“I think more so, there’s a lot of foods that can bring our energy levels down,” Adio said. “I like to call them starches instead of carbs. Carbs are supposed to help increase your energy level, but the simple sugars and the starches are the ones that bring your energy level down. You can get a lot of your healthy carbs from vegetables.”

Drinks can be important for energy level as well. Aido said he recommends drinking water to keep yourself hydrated. Nicole Schaum, sophomore in health and nutrition, recommends having a drink that is healthy and keeps your body alert.

“A cup of green tea is really good for you,” Schaum said. “It’s full of antioxidants and it boosts your metabolism.”

Besides the diet and foods aspect, there are more active ways to keep energy and focus on a high level. But exercise does not necessarily mean making a trip to the gym either; one way to get more energy is just going to class on your own two feet.

“As far any kind of exercise, what I would tell people is to walk to class or to bike to class,” Carney said. “That will get the blood flowing and turn your mind on, more or less. You will have more energy when you get to class and it will help you sleep better.”

If working out is part of your daily routine, Adio said he recommends working out in the morning – it has worked well for his clients.

“I’ve heard a lot of feedback from a lot of our clients; they feel so so much better just getting a quick work out in the morning,” Adio said. “Their whole day is just filled with energy.”

So spend some time finding other ways to boost your energy without caffeine or other stimulants that may be harmful to your body. It can be as simple as eating breakfast or routinely stretching in the morning. 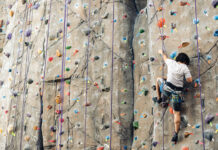 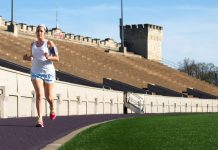 Helpful hints: Tips and tricks to staying in shape while social distancing

Why decaf could be the brew for you