County revenues down after fee elimination

After a new state statute eliminating the mortgage registration went into effect, Riley County is already noticing a difference in revenues, according to KMAN.

During the County Commission meeting on Thursday, Riley County register of deeds Debbie Regester said the county is already missing out on about $3,000 worth of revenue the first three weeks of 2015.

“It’s going to be a significant hit,” Regester said.

Kansas lawmakers are considering a bill that would double the sentences for offenses deemed to be hate crimes, according to Little Apple Post. Currently there are no Kansas statutes that require harsher punishment for these cases, but Kansas courts can transfer alleged hate crime cases to federal courts, where penalties are more severe.

Democratic Sen. David Haley, who is in favor of the bill, said the bill would help protect potential victims from crimes motivated by prejudice. On the other hand, Republican Sen. Forrest Knox is skeptical of the bill’s effectiveness since it’s unclear whether tougher sentences would deter potential criminals. Knox also said he believes it could be difficult to prove whether or not those accused of a hate crime were motivated by prejudice.

Gov. Sam Brownback pledged Thursday during a Statehouse rally to sign legislation banning a specific procedure used to terminate hundreds of pregnancies annually in Kansas, according to KMBC. The event was sponsored by Kansans for Life to mark the 42nd anniversary of the U.S. Supreme Court decision in the Roe vs. Wade case, which led to the national legalizing of abortion.

“It’s been 42 years since the U.S. Supreme Court ruled in Roe vs. Wade that a woman’s constitutional right to privacy includes her right to abortion,” said Laura McQuade, president and CEO of Planned Parenthood Advocates of Kansas and Mid-Missouri. “Since then, lawmakers across the country, and especially in Kansas and Missouri, have been working tirelessly to pass laws that eliminate access to safe and legal abortion, and deny women their constitutional rights to make their own private medical decisions.”

U.S. President Barack Obama spoke at the KU Thursday and discussed many points from his State of the Union address, according to the University Daily Kansan.

Obama began his speech by discussing his connection to Kansas by his grandparents’ and mother’s roots in the Wichita area. Obama also mentioned meeting with the university men’s basketball team and coach Bill Self earlier that day.

He revisited points from his State of the Union Address, with the central theme lying around middle class economics. Among his points were tax credits for child care, closing tax loopholes, college finances and equal pay for women. 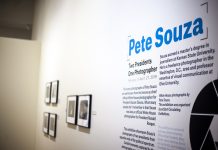 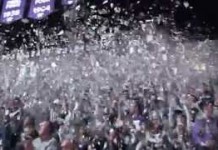 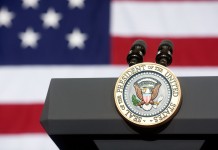 President Obama Speaks at the University of Kansas