Needless to say, K-State wants another crack at Oklahoma State.

In their last meeting on Jan. 3, the Wildcats were knee-deep in their own wallow, riding a two-game losing skid into Stillwater, Oklahoma against the Cowboys.

After finding solace in a 2-point halftime lead, the second half turned into another nightmare for K-State, as a 25-4 Oklahoma State run fueled the Cowboys to a 61-47 victory.

Sophomore guard Marcus Foster did not start that game due to a declining attitude and quality of play. In fact, he spent most of it on the bench, finishing with 0 points and facing much criticism after the game.

However, since that point, K-State has looked like an entirely different team. Even coming off a close loss against No. 9 Iowa State in Ames, Iowa last Tuesday, the ship appears to finally be headed down the correct channel instead of down the drain.

Saturday, Foster and the Wildcats (11-8, 4-2) have a chance at redemption against Oklahoma State (13-5, 3-3), as the two teams tipoff from the friendly confines of Bramlage Coliseum.

“For me, definitely revenge,” Foster said Thursday. “I didn’t get to play that much and I know a lot of guys on that team. So it’s definitetly something I can’t wait for.”

Foster has been on a tear since the game in Stillwater, averaging 15.6 points in K-State’s last five games. Senior forward Nino Williams has also enjoyed recent success, including a career-high 22 points Tuesday.

The Wildcats are coming off the heartbreaking loss at No. 9 Iowa State where they gave the Cyclone everything they could handle. Head coach Bruce Weber appreciated the effort, but he knows that a loss is still a loss

“I thought there were some really long faces after the (Iowa State) game,” Weber said. “It’s a fine line. You don’t get much out of defeat, but we did compete with a really good team. I was flying yesterday through Dallas and Iowa State fans came up to me and said, ‘We were at the game, Coach. Unbelievable. We thought you had us.’ So, very positive things, but at the same time we didn’t win the game.”

In the first game against K-State, Oklahoma State found ways to get it done with multiple guys, including four different players in double figures led by junior guard Phil Forte III with 20 points.

Forte and senior forward Le’Bryan Nash both average just over 17 points per game. Nash also averages around six rebounds for the Cowboys.

“You know what they are; it’s Forte, it’s Nash,” Weber said. “That’s (the) thing that hurt us the last time. We talked about holding Forte or Nash under their scoring average and we held Nash to 11, but then we let all of those other guys get in double figures and (they) hit some big shots. That makes the difference in them being in the 50s or in the 60s.”

Oklahoma State is coming off a 20-point win over Texas Tech on Wednesday. The Cowboys had lost their previous two games by a combined 27 points prior to the clash with the Red Raiders.

In addition to welcoming Oklahoma State back to Manhattan, Saturday is also Legends Weekend in the Little Apple. The dedication of the new “Tex Winter Drive” that leads up to the basketball training facility will take place at 9 a.m. Saturday before the 11 a.m. tipoff.

As many as 50 former K-State basketball players will be in town to watch the Wildcats take on Oklahoma State, including the 1974-75 Elite Eight team who will be celebrating the 40th anniversary of their run with a special halftime ceremony.

K-State is also planning a “Stripe Out” event in Bramlage Coliseum to benefit the American Cancer Society and Coaches vs. Cancer. K-State fans are being asked to wear either purple or white depending on the corresponding section on their ticket. Fans can visit kstatesports.com to see what color their section is in. 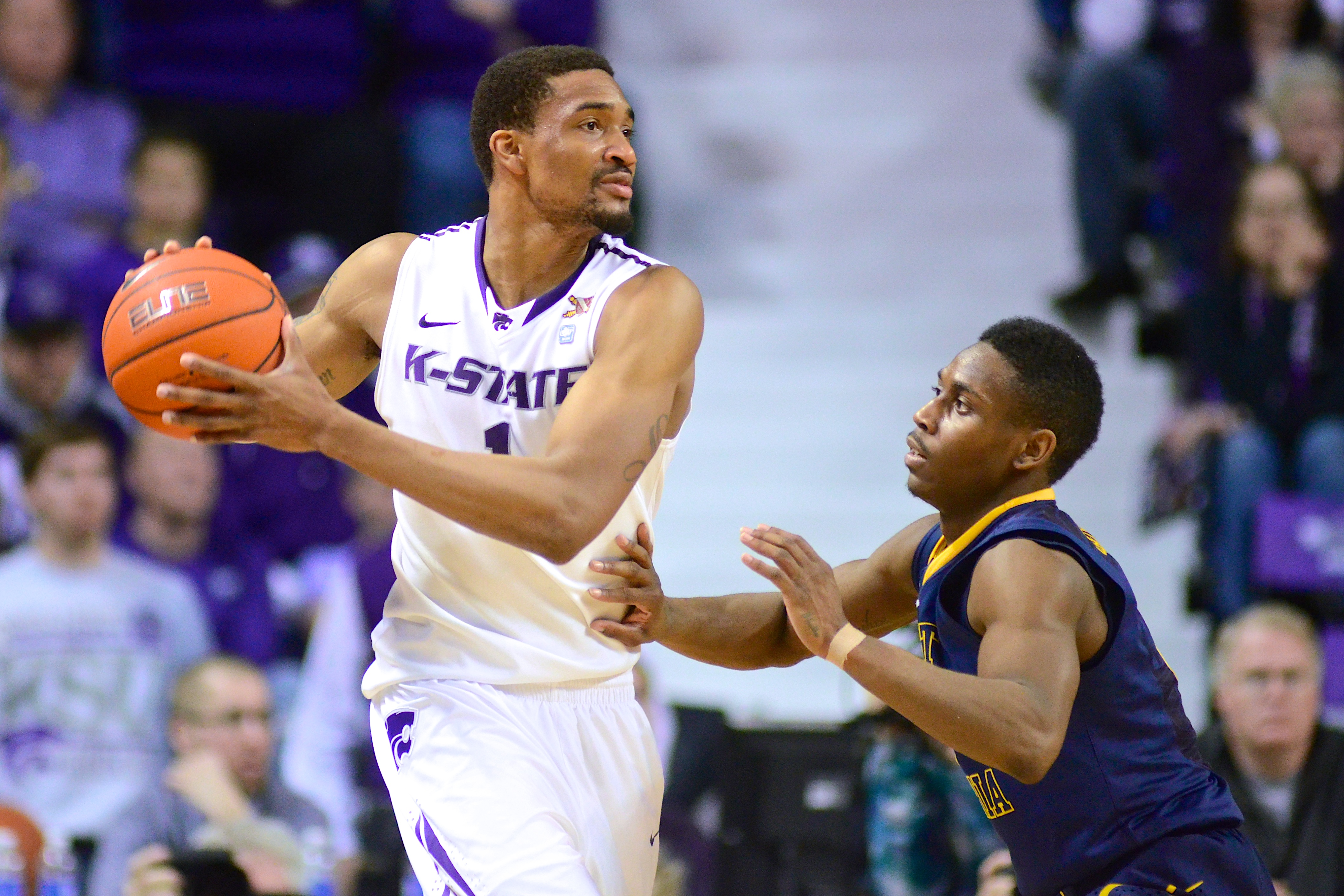