The New Year has brought a consistent string of winning performances for K-State track and field. The team etched yet another triangular sweep over the weekend, defeating both Oklahoma State and Tulsa University in both the men’s and women’s competitions in the inaugural DeLoss Dodds Invitational.

The Wildcats managed to perform well at home, combining as a team for 14-first place finishes. The men and women did well in multiple events, sweeping gold medals in the 200-meter dash, 400-meter dash, 60-meter hurdles, 4×400 relays and the high jump events.

“At meets like this, obviously we held some people out, and had people run in some off events,” K-State head coach Cliff Rovelto said to K-State Sports. “The first thing with that is there were athletes that performed at PR-level, especially those that put themselves in position where they’re cementing their role with the conference team. With that in mind, I thought there were a lot of good performances.”

The men’s team defeated Tulsa by 18 points and Oklahoma State by 38 points, while the women beat the same teams by 36 and 30 points, respectively. The teams secured the impressive performance while sitting many of its star athletes, including 2013 indoor senior All-American Carlos Rodriguez and reigning Big 12 weight throw champion, junior Sara Savatovic.

The K-State men captured multiple personal bests from the meet, including senior sprinter Dane Steen. The sprinter out of Kingston, Jamaica managed to set career bests in both the 60- and 200-meter dash, finishing with a gold and silver medal, respectively.

Also setting a career high was sophomore high jumper Miles Bearden, who took first place in the event with a jump of 2.16 meters. Bearden managed to best another Wildcat in the event to take the top spot, freshman heptathlete Max Estill.

On the women’s side, several athletes made their marks in the home meet. Making the most out of the event were the members of the women’s 4×400 relay team.

Three of the four members of the relay team managed to win another individual event. Senior pentathlete Sarah Kolmer, who ran the first leg of the event, also won gold in the 60-meter hurdle event.

The third member of the 4×400 to win an individual event was freshman sprinter Keiteyana Parks, who with her victory in the relay and the 200-meter hurdles, expanded her gold medal count to four in her very short career at K-State.

The Wildcats will now look forward to a trip to Albuquerque, New Mexico next weekend where they will compete in the New Mexico Team Invitational. 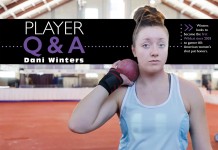 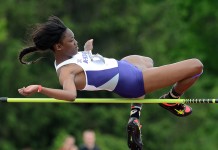