The leader of the most prolific offense in the Big 12, Niang has enough skill around the basket to pace a team loaded with scorers. Averaging 14.6 points per game, the junior has managed to lead the Cyclones in points, while also being able to muscle up and grab rebounds.

The Wichita native has been making his name known for the second-straight season, leading the Jayhawks in both points and rebounds. Ellis — who was once seemingly lost in the Kansas system because of the talent around him — has made himself the person who has to have the ball.

Without Ellis’ presence in the paint — his ability to rebound the ball and get off second-chance shots on the offensive end, while being one of the anchors on the defensive side — Kansas would be less effective down low.

Ever since his debacle in Stillwater, Foster has looked every bit the star that the Wildcats need him to be to be competitive in the Big 12. Averaging 13.7 points per game, Foster gives his team a needed bonus in his ability to both get to the basket and shoot from behind the arc.

With 49 3-point shots so far on the season, it is easy to see why Foster scores as many points as he does. His percentage from behind the arc (41 percent) is one of the best in the country.

When one talks about lethal Big 12 scorers, Forte has to be on the list. The junior simply knows how to get points in anyway that he can. Two of Forte’s intangibles propel him to success: his ability to shoot the three, ranking third in the conference with 2.63 makes per game; and his ability to get to the free-throw line and knock down shots, with 86-makes on the season.

The oft-forgotten point guard for the Jayhawks, while standing only 5-foot-11, is another key aspect of the Jayhawks’ success this far this season. Maybe even the most important. Mason has enough talent, paired with a knowledge of the game, to find the best option on the offensive side for his team.

Averaging 12.7 points per game, Mason isn’t a slouch in scoring himself. He is also known to be able to find the ball after a shot, leading to him putting up decent numbers in the rebounding game.

While 11.6 points per game isn’t spectacular in a conference like the Big 12, Turner’s ability down low makes him a true star in the conference. With 6.8 rebounds per game, the freshman has shown that he can power the ball away from most of the conference’s more experienced big men.

The thing that sets Turner apart from other players at his position, though, is his ability to get to the charity strip and, more importantly, take advantage with his free shots. Shooting 88 percent from the free-throw line, Turner has special ability as a big man to shoot that shot.

With a team-leading 5.8 rebounds per game, the Cowboys’ swing man is a pivotal piece of their offense. Nash has the ability to score anywhere near the basket, averaging 17.3 points per game. Additionally, his ability to score in opposite to Forte helps the Cowboys click.

Hield, the Sooner’s offense, is the conference’s top scorer, averaging 17.8 points per game. He can score from any spot on the court, whether it’s a 3-pointer or driving towards the basket. Hield knows how to get the job done for his team.

Though the Mountaineers flew under the radar to start the season, Staten’s game has lifted them so far in Big 12 play. Averaging 15.2 points per game, Staten is a true scoring threat in the conference. Not only can he score, he can also dish out points to his teammates, averaging 4.4 assists per game. Without Staten, the Mountaineers would lose their only true scoring threat.

Just edging into the conference’s top 10 is the Wildcats’ hot-handed shooter. Williams ability to shoot the baseline jumper cannot be underrated in a college basketball world where that shot is rarely seen anymore. Williams is shooting an impressive 53.9 percent from the field so far this season. 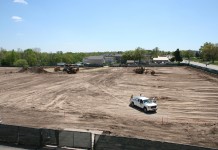 Wildcats embarrassed by No. 20 Baylor