Home Featured Home OPINION: Why selfies are an outlet for the conceited 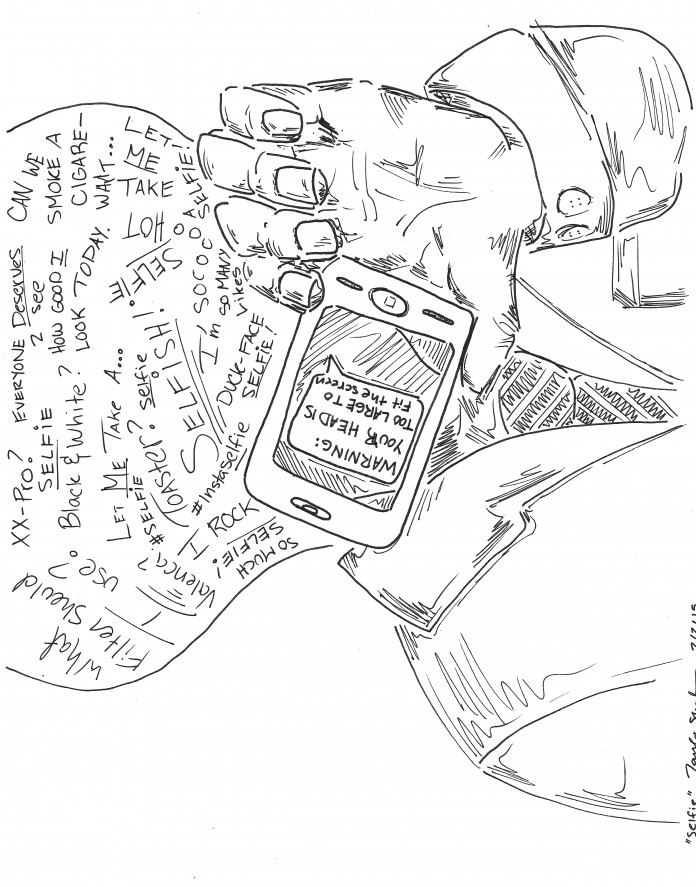 How to take the perfect selfie: position your camera higher than your chin in order to avoid unwanted flab around your neck. Always use a filter. Take photos with famous landmarks or attractions. Your face in the photo will surely take some of the attention off whatever you are showcasing. Invest in a selfie-stick or phone tripod. No one wants to see your arm reaching out to capture the perfect selfie.

Selfies are for the selfish. I was curious about the science behind selfies and if any research behind the vein self-portraits even existed. It turns out James Kilner, a neuroscientist from University College London, tried to understand people’s fascination with taking pictures of themselves and posting them on different social media outlets.

Kilner said that people have a lot of trouble reading their own facial expressions. This is due to the lack of time and experience we have actually looking at our own faces. People have mastered reading others and picking up social cues based on facial expressions, but lack of knowledge of what they themselves look like, according to “The science behind why we take selfies,” a BCC News article.

In the article, Kilner said people often have trouble picking out photographs of themselves that have not been digitally altered. When given a series of photographs, people often misidentify the correct photo of themselves, and usually choose a photo that makes them look prettier and younger.

“In other words, we have an image of ourselves that tends to be younger and more attractive than we actually are,” Kilner said.

Between filters, adjusting contrasts and apps like Instagram, it is no wonder people are so quick to post pictures of themselves shamelessly and more often than perhaps needed. Many places around the world have even banned the usage of selfie-sticks or banned taking selfies altogether. For instance, participants in the annual Running of the Bulls festival in Pamplona, Spain are now banned from taking selfies. Some participants are so desperate to get a perfect shot with the animals that they risk being trampled to death by the bulls they wish to take a picture with. In February, New York will be the first state to place a ban on taking selfies with lions, tigers and other big cats at traveling circuses and county fairs to protect the wild animals, according to BBC News.

Having a newsfeed muddled with self-obsessed selfies isn’t the only issue I have with the photos. A new Ohio State University study suggests that selfies might be more than just a pet peeve; they could even potentially show dangerous characteristics in men that post selfies regularly.

In a study where 800 men, ages 18-40, were asked about their photo posting habits on social media, a correlation was found between the number of photos posted and narcissism and psychopathy character traits, according to The Huffington Post. Additionally, higher levels of self-objectification were linked to those men who said they edited photos of themselves.

Without any research, I can safely say that selfies are a popular trend among young people today feeling the pressures of unrealistic beauty standards portrayed by the media. Millions have fallen victim to this trend, and social media users around the world must accept that meaningless selfies will continue to dominate their news feeds.

But if we really investigate why selfies are so popular, there is a hard truth behind the self-portraits. We utilize different photo editing techniques to ultimately make ourselves better looking. Whether or not that is because we think we look better than we actually do, or are insecure about the realities of our beauty, is unbeknownst to me. I remind selfie lovers now that if you continue to only post picture of yourself, you will be unfriended. Consider yourself warned. 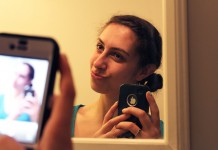 Is the millennial generation becoming the ‘Me Generation?’

Is the millennial generation becoming the ‘Me Generation?’