During the month of February, many people take the opportunity to celebrate Valentine’s Day as a way to spread love and honor relationships. It is a lighthearted tradition that is often taken for granted. The sad fact is that safety, love and affection are not guaranteed.

For many women, there is nothing to celebrate and they have no voice. These women are often forced to suffer in silence. In a recent study by the Center for Disease Control, it was found that 45.4 percent of American women reported being raped by a current or former partner.

While problems of domestic violence exist all over the world, problems also exist in our community and campus. According to Annual Campus Security and Fire Safety Report in 2014, K-State witnessed 10 cases of on-campus domestic violence arrests and referrals in 2013, eight of which occurred in residential facilities. That being said, volunteers in Manhattan are working hard to change the status quo.

Formerly known as the Women’s Center, the Center for Advocacy, Response and Education emerged last August with a new name and new co-coordinators. Jessica Haymaker and Jenna Tripodi, co-coordinators of CARE, both attended K-State and returned to Manhattan in hopes of advocating, helping and educating students.

According to Tripodi, one in five women and one in 16 men report being sexually assaulted on college campuses. She said that these crimes are under-reported, especially in males. CARE is completely confidential and offers a multitude of support for those who have been victims. Haymaker said that the first three weeks of this semester has been busy for their office.

The center is hosting events through February until the end of the semester, including tables in the K-State Student Union, a showcase of art by survivors in the William T. Kemper gallery and a course at the University for Mankind called “Yes Means Yes” based on teaching education on sexual consent.

Tripodi and Haymaker both said they believe that better sexual education could help make a difference in violent and sexual crimes and make people more comfortable when listening to survivor accounts.

The Crisis Center, Inc., of Manhattan has also served Riley County since 1979 and has very good relations with campus services. Haymaker is a former employee of The Crisis Center and is still closely involved. They offer free, confidential assistance including services such as a 24-hour hotline, shelter, support groups and legal advice.

In partnership with CARE, The Crisis Center, Inc. is hosting a Domestic Violence and Sexual Assault Volunteer Training and Workshop. The events will take place this Saturday and next Saturday, Feb. 14, from 9 a.m. to 5 p.m.. Anyone is welcome to be a volunteer although spots are limited.

The workshop will focus on skill-building on how to properly support those who have been battered or sexually assaulted. No prior knowledge or experience is required of those interested in helping. Registration is $15, and those interested in registering can call 785-539-7935 to reserve their spot.

In Manhattan, The Crisis Center not only trains dedicated volunteers but also accepts donations. Toiletries, clothing, home furnishings and monetary donations are all accepted for victims who are fighting back to regain control of their lives. The Crisis Center has a 24-hour hotline that can always be reached at 785-539-2785. Help is just a phone call away. 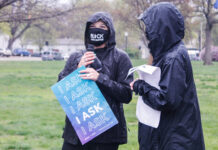 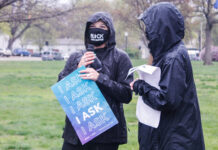 Letter to the Editor: Silence on sexual violence