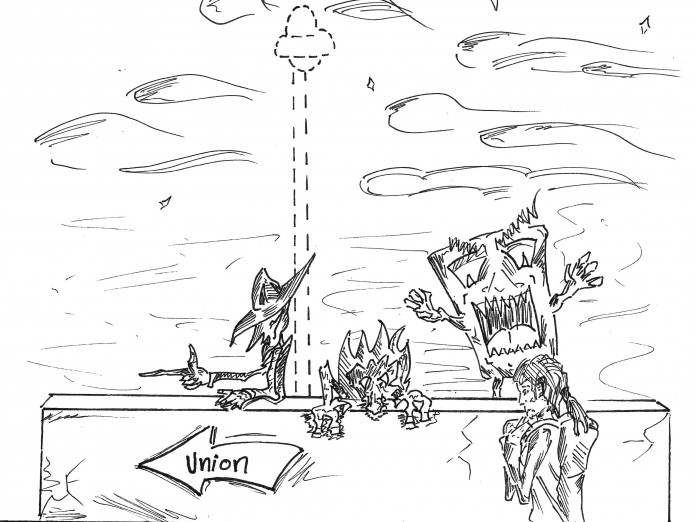 When I first started calling Manhattan home nearly four years ago as a freshman, it didn’t seem like there was a lot happening here. The recent construction can be a pain, but the city is improving immensely. We can see it in the additions being put up on campus. We can see it in expanding retail stores and in new restaurant openings.

The question is, can you see the improvements at night? One thing that hasn’t changed in the past few years is how dark Manhattan feels at after the sun goes down.

I love looking up at the stars at night and actually being able to see them, but I don’t love walking and driving down dark side streets. Though there is little evidence to show people are more likely to be victims of a crime because they’re walking down a dark street, almost every college campus website advises students to avoid poorly-lit on- and off-campus streets and paths at night.

So it stands to reason that if you’re walking alone in an area where there isn’t a lot of light or people, you’re more vulnerable. If no one is around or students can’t see what’s going on around them, they are more susceptible to being the victim of a crime. According to the 2012 Kansas Crime Index there were 27 rapes and 124 aggravated assaults and batteries in Riley County. In 2013, there were 19 rapes and 111 aggravated assaults and batteries. Although the numbers dropped, students are still susceptible to becoming a statistic in next year’s crime index.

Would better lit streets keep you safer? Not exactly. Crime can happen anywhere and at any time, and lighting doesn’t change that. Two major factors that can keep you safe when walking alone at night is your awareness level and your body language. Nearly half of all rapes (43 percent) occur between 6 p.m. and midnight, according to the Rape, Abuse and Incest National Network.

Street lights would help students see their surroundings better, and they would feel more safe and comfortable. It’s harder for the boogie man to scare you if he doesn’t have as many shadows to hide in.

When I was looking for a house to live in for this next school year, I drove past locations at night to see how the neighborhood made me feel. If the street was too dark or I couldn’t see myself comfortably walking at night, I crossed it off the list. K-State has several safety tips when it comes to living off-campus, and one of them is trusting your gut when it comes to feeling safe or comfortable. If you don’t feel safe, there’s probably a reason. Tenants are also warned to take into consideration how far away you would have to park from the house, and to avoid walking long distances at night.

Another thing: I am constantly worried when I’m driving down a side street, especially close to campus where there is a lot of foot traffic, that I’m not going to see someone walking down the street. It’s hard to see people when you’re driving at night, even with your headlights on.

Statistically speaking, crime may not be heavily swayed one way or the other by the presence of street lights. If having them makes you feel safer about the well-being of you and others, though, then it can’t hurt to brighten this place up a bit. We’re making all kinds of other improvements to Manhattan, and this should be one of them.

Courtney Burke is a senior in journalism and mass communications. 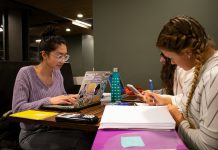