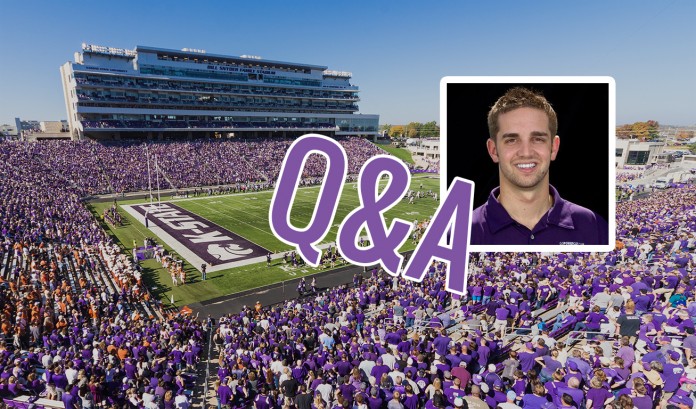 With another National Signing Day in the books for K-State football, the K-State Collegian sports desk sat down with GoPowercat recruiting reporter Ryan Wallace to discuss the 24 signees and the class overall.

Collegian: What are your overall thoughts on K-State’s 2015 class?

Ryan Wallace: I applaud Bill Snyder’s staff once again for taking initiative early on to land another core group of high school seniors that shaped a second-straight, well defined recruiting class. While this group may not be as naturally gifted as last year’s class in some areas, I think statistics show it is actually deeper. In fact, since Bill Snyder’s return in 2009, only that 2009 group tops the number of the 2015 class in terms of prospects ranked nationally by Rivals at their individual positions (2009 had eight, 2015 has seven).

Collegian: A few surprises came out of K-State’s National Signing Day. Which was the biggest surprise for you?

Wallace: Without a doubt the biggest surprise for 2015 was the final signee to scan through the fax machine, and that was Elijah Sullivan. The highest ranked three-star prospect in the deep state of Georgia, Sullivan caught K-State’s attention early on as a teammate of Justin Hughes and Duke Shelley at Tucker High School. Unfortunately though, Sullivan had been committed to Auburn since February 2014, so any chance of flipping him seemed like a lost cause for K-State and they hardly said more than “Hello.” Until, that is, Auburn decided to discuss the idea of only extending Sullivan a grayshirt opportunity, which didn’t sit well with he or the Tucker staff.

Collegian: K-State signed its fewest number of JUCO players (one) since 1992. Any reason for that?

Wallace: When it comes to the junior college market and K-State recruiting, so much has changed since Snyder first began raiding the two-year goldmine. First off, the junior college recruiting scene has become more and more saturated, making it more difficult to recruit players who once upon a time may have only had a handful of schools even notice their abilities.

Second, and probably more importantly, because of this national emphasis on the junior college landscape, it’s become increasingly tough to get a proper evaluation on players. We saw last year just how “hit and miss” it’s become, as K-State signed 10 junior college players who were supposed to contribute immediately, but only two of which were able to log significant minutes in their first years due to academic troubles and poor conditioning (among other reasons).

Collegian: Freshman quarterback Alex Delton has been highly touted out of high school. Do you see him potentially giving Joe Hubener and company a run at the starting job?

Wallace: Having seen Alex Delton in person a few times during his junior and senior year, I think the sky is the limit for him under the tutelage of Snyder, Del Miller and Dana Dimel. K-State runs a perfect offense for what he does best and that’s rolling out of the pocket and making a defense work on the fly. He reminds me a lot of Russell Wilson in the fact that he’s not insanely fast but will make you miss, and may not have a cannon arm but is almost always on target. Given the competition returning at quarterback, which includes a guy like Taylor Laird, I personally think it would be wise for K-State to redshirt Delton and I think that’s something they would prefer.

However, given Delton’s maturity and drive to constantly improve, the staff may be hard pressed not to give him a legit shot with the ones or twos this spring. After all, it’s hard to count out a player who takes the initiative to arrive on campus a semester early ready to compete.

Collegian: Trey Dishon – out of small-town Horton, Kansas – had zero Division 1 offers until K-State came knocking in January. Does his signing really signify what K-State recruiting is all about?

Wallace: Dishon is exactly the kind of commitment Snyder urges his staff to go out and find. While fans are anxiously awaiting more stars, Snyder is constantly pushing for the exact opposite. Snyder adores players like Dishon who have been overlooked because they often bring greater appreciation to the program for giving them a chance. They want to succeed and prove people wrong, meaning it takes a lot more to bump them off course of achieving their dream. Dishon fits all of the criteria to a tee and is a surprisingly athletic lineman for his size. Recruiting Coordinator Taylor Braet found him and, in due time, will likely be commended big time for uncovering such a talented player because Dishon has the potential to become Travis Britz’s immediate successor.