Valentine’s Day is clouded by the movie-esque flowers, chocolates and teddy bears; but underneath it all, married couples partake in the celebration a little bit differently.

“We never really celebrated it when we dated,” said Heidi Floyd, senior in theater who has been married to her husband Dillon Floyd for three years. “Since married, we try to find ways to make it different or special.”

Brett Eichman, senior in music education, and his wife, Emilyjane Eichman, will be celebrating their first Valentine’s Day as a married couple this year. Both couples said they believe that though the day itself may seems “old,” the romance of it never dies out.

“It’s more romantic,” Floyd said. “When you’re married, you know you’re going to be together anyway; it’s more about how you spend that time.”

Heidi Floyd said her and her husband don’t like to go out and splurge on a “fancy” dinner date or on ridiculous gifts.

“We decided against surprises,” Heidi Floyd said. “I pick something out and he will buy it, and vice versa; we know what we are going to get but it’s something we want.”

Heidi Floyd and her husband are not the only unusual gift givers. The Eichmans chose to spend less on a present because the time together is what really matters.

“We haven’t been in the same (place) before; we wouldn’t go on typical dates because we wanted to talk,” Brett Eichman said. “We’re in the same town now so we see each other all the time now, but that time is still precious.”

The gifts and date night plans might seem like a typical Valentine’s Day for other long-term couples, but the Eichmans and Floyds feel the difference.

“We know what we are getting, but we also know the person better,” Heidi Floyd said. “Several years now he’s brought me Skittles because they are my favorite.”

Outsiders might say the couples don’t care as much, since they aren’t buying lavish presents or taking their loved one on expensive dinner dates. Still, these married pairs understand the sacrifices necessary to preserve a marriage.

“I don’t mind going over the top for presents because I know she will be around,” Brett Eichman said. “But this is a our first year married, so we made a pact not to go crazy. We’re still in college, too.”

The newlyweds are not alone in their conscious efforts to not spend money wildly. After more than 17 years of marriage, Joe Sutliff Sanders, associate professor of English, and his wife know that there are differences in the holiday when it comes to gifts.

“First of all, you have to remember that when married it’s all the same money,” Sanders said. “When you’re single it’s significant because you sacrifice your own money. But if I spend $10,000 on a ring, she wouldn’t enjoy it because it’s her money too.”

The Floyds said they agreed that money can be tight when getting married in college, but they don’t let that stop them.

“When you’re dating you can do little stuff, but together we make more (money),” Heidi Floyd said. “It’s not so much about what we spend but that we get to spend the day together.” 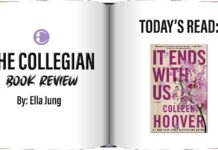 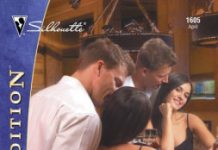 REVIEW: ‘Cattleman’s Heart’ will exude ‘raw manpower’ for you this Valentine’s Day season 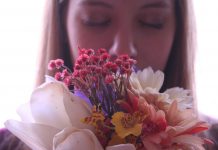 Head to Head: Are flowers a good gift for romantic partners?