On Tuesday, Brownback stripped the protections of LGBT state employees in the workplace when facing discrimination on the basis of sexual orientation or gender.

“We are all more than our sexual orientation,” said Zachary Stroth, senior in family studies and human services, in regards to Republican Gov. Sam Brownback’s recent decision. “Focus on the quality of my work ethics; not who I’m taking to bed.”

In 2007, former Gov. Kathleen Sebelius created an executive order which expanded protections in the state workplace to include lesbian, gay, bisexual and transgender employees.

K-State employees are protected from discrimination in the workplace because of the university policy of nondiscrimination. Regardless of the rescinding of the Sebelius order, the university is not required to change this policy, according to President Kirk Schulz in a statement released Wednesday.

“Our university governance bodies have endorsed principles that affirm the inherent dignity and value of every person while valuing diversity,” Schulz said in the statement. “As we engage in respectful dialogue on this and other issues, I would be happy to hear from anyone in our university community.”

According to Brandon Haddock, student services coordinator at K-State’s LGBT Resource Center, state employees had the privilege of being protected in the first place by the Sebelius’ executive order. It did not, however, include people that were not state employees.

“This is a symbolic step backward that the governor and the state is trying to do, to appeal to a minority political base,” Haddock said.

Haddock said that just because an individual can go and get married to their same-sex partners in some counties, they can still get fired from their jobs and possibly lose their houses.

“There’s a long, long list of discrimination that the state has continued to participate in against same-sex couples and those that identify as LGBT,” Haddock said. “We still have a long ways to go in the state.”

Haddock said that this gesture by Brownback makes members of the LGBT community not feel welcome in Kansas.

Stroth actively supports and raises awareness for the LGBT community. He said he had a feeling that once Kansans re-elected Brownback for a second term back in November, the LGBT community would see more shake-ups.

“I want to say that I was surprised, but sadly I can’t,” Stroth said.

As a professional within the career services field, Career of Employment Services Director Kerri Keller said that these policies do impact Kansas’s image for anyone who might be thinking of taking a job here or who might be accepting a transfer with a company to Kansas.

“I don’t think that it communicates support for individuals and families that depend on their income that support their families,” Keller said. “It all is going to impact our own university place of employment as well, but we’re not the only kind of work setting that is going to be potentially impacted.”

To Stroth, Brownback’s decision is ostracizing and dehumanizing, and said that it makes members of the LGBT community feel unwelcomed in Kansas.

Stroth said that Brownback is doing a great job at alienating Kansas and taking us back to a time where certain communities were treated like second-class citizens.

According to Keller, LGBT students graduating in May are now faced with a bigger dilemma than just finding a job.

Members of the LGBT community make companies profitable and are doing very important work in our society and they shouldn’t have to be vulnerable, Keller said. It is historically shown that the protections that were once in place are necessary.

“This is another situation that is a difficult cultural change for our country and our communities,” Keller said.

This wasn’t the only change Brownback made earlier this week. He issued another executive order which encourages employment for veterans and disabled individuals, according to his media release. Several actions were also take to abolish many advisory groups. These included the Governor’s Wind Working Group, established by Sebelius; as well as the Commission of Graduation and Dropout Prevention and Recovery and the Kansas Food Security Task Force, established by former Gov. Mark Parkinson. Brownback rescinded a total of nine previous executive orders and abolished councils, task forces, committees, boards, advisory councils and commissions.

“Many of these commissions, working groups and task forces have not met for several years or duplicate other ongoing efforts,” Brownback said in a statement. “These changes streamline operations and reduce operational costs of maintaining these various committees.”

Also, Brownback announced his plan to decrease education spending by millions last Thursday. The cut resulted in K-State looking at reductions of $3.4 million in state funding. An additional $28 million will be cut from elementary and secondary education schools and more than $16 million from schools of higher education.

“I don’t really see where that helps us save money,” Haddock said. “That’s been a huge controversy in the state here lately is the economy and cutting of education. There are things that I feel like should be addressed more so than allowing LGBT folks to have those personal right within the work place.”

Stroth said that the past 24 hours have led to fears as students continue to search for jobs after they graduate.

“The only way to relieve the fear would be to research the companies we are looking at for jobs,” Stroth said. “See if they are LGBT friendly, and if it’s not made clear, ask before you even get hired. Chances are, if they are a company that will fire based on sexual orientation, they’re not a company you’ll want to be working for.” 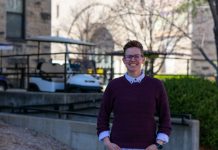 LGBTQ* Alliance aims to support faculty, staff to ‘push the needle in a positive direction’ 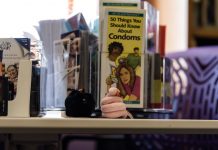