You either love to hate it, or hate to love it. Valentine’s Day is celebrated worldwide, whether it’s with a lover or significant other in your arms or a gallon of ice cream on your lap.

The origin and history of Valentine’s Day, and all it signifies, is somewhat lost in translation because of all the commercial hype around the holiday today. Roses, chocolate and flowers are all great, and if any lucky reader wants to purchase those things for me, my email is at the end of the article (don’t be fooled, my photo doesn’t do me justice). The real reason behind Valentine’s Day, though, is a lot less romantic and more … well … bloody.

There is little documentation on the life of St. Valentine, which is why the feast day of St. Valentine is no longer recognized in the current liturgical calendar of the Roman Catholic Church – it was removed in 1969. There was a priest in Rome and a bishop in Terne, Italy who were both Valentines, which is where the confusion about St. Valentine began. It is still unclear as to whether or not they were the same person, as they were both said to have been beheaded. If that isn’t romantic and makes you want to celebrate Valentine’s Day this year, I don’t know what is.

Valentine lived under the rule of Emperor Claudius II, who apparently banned marriage. He believed that soldiers were better fighters if they were single. Priest Valentine performed marriage ceremonies in secret for those who wanted to get married, and Valentine was imprisoned by Claudius when he found out.

While imprisoned, it is said that Valentine was passed notes from young children through the prison bars. Remember those valentine’s you would tape candy to and put in your crushes desk? Love notes were a bit more tricky and dangerous back in the day; however, this is said to be where the practice of passing love notes originated.

For those of you complaining about purchasing expensive Valentine’s Day gifts or having to spend the evening holding doors open and paying for dinner, I advise you to count your blessings. Priest Valentine was eventually beheaded and named a martyr by the Church. He suffered the ultimate consequence to perform marriages “for love of love and love of God.”

Long story short, whoever made up Valentine’s Day had a great sense of imagination. For those of us celebrating with other singles, remember that this day could’ve been a lot worse.

The history of Holton Hall, as told by university archives 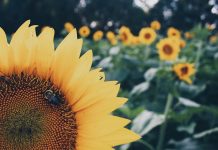