In November 2013, K-State freshman Jordan Forbit overdosed on heroin in the Derby complex parking lot. In August 2014, Gregory “Rory” Haug Jr., Olathe, was arrested for his involvement with Forbit’s death. Since his arrest, Haug has remained in the Riley County Jail on charges of involuntary manslaughter.

Maj. Don Stubbings, assistant director of the K-State Police Department, confirmed that those charges had been dropped in a plea agreement.

“(Forbit’s death) was a reckless accident that shouldn’t have happened,” Stubbings said.

Stubbings said that cases such as Forbit’s and Haug’s are not common at K-State or in Manhattan. According to a 2012 study by the K-State Alcohol and Other Drug Education Services, heroin use has risen nationally, but Manhattan has yet to see a significant increase. Part of the reason for the jump in heroin use is that, compared to prescription drugs, it is a cheap and easily obtainable drug. That being said, the drug still has negative effects. Stubbings said he would like people to see cases like this as a warning against prescription and heroin drug abuse.

“I kind of regret that this case did not get more publicity,” Kendra Lewison, assistant county attorney, said. “It would get the word out about drug use.”

Lewison said she agrees that Forbit’s overdose should be a warning to all, as all it took was one time for Forbit to overdose. Lewiston also warned that involvement with self-destructive drugs like heroin can lead to time in jail.

“This was an interesting story,” Lewison said.

According to Lewison, Haug’s trial was different from similar cases because he addressed Forbit’s family and apologized for his involvement.

“A case like this requires a lot of time and hard work from the men and women in the department,” Stubbings said.

Stubbings said the police department monitors drug abuse, especially prescription-drug abuse – which can lead to heroin and other opiates – in order to prevent cases like this from happening again. 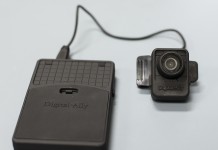