Students everywhere are flooded with media overload. In a culture where we use social media like Instagram and Facebook constantly, our minds are deluded into thinking that the advertisements and models filling our timelines are what defines normal.

National Eating Disorders Awareness Week began last Sunday and will end this Saturday. How ironic is it then that Adobe Photoshop just celebrated it’s 25th anniversary last Thursday? A much less advanced version of the program was created in 1990, but has since been evolving rapidly – enabling users to change just about any aspect of a photograph, including human bodies.

What the program might describe as creative license, others might describe as presenting false realities to people who need anything but that. It is no wonder so many people are left disappointed when they look in the mirror; editing programs, like Adobe Photoshop, have skewed images and advertisements past the point of no return.

Popular YouTube videos have showed time lapses of images being edited on Photoshop. The end result is almost unrecognizable after the designer is finished with it. Beauty standards are at an all-time high and as far as consumers are concerned, there is nothing we can do about it. We reason that we can, though, attempt to change our bodies.

What are eating disorders?

Eating disorders are one of the many consequences the media’s impossible beauty standards has on society. According to the National Eating Disorders Association, such disorders – like anorexia, bulimia, and binge eating disorder – revolve around “extreme emotions, attitudes and behaviors surrounding weight and food issues.”

Though all share the symptom of over-relating body image to self-esteem, each are markedly different.

Binge eating disorder is characterized by episodes of compulsive overeating, even when the individual isn’t hungry. Those who suffer from it feel out of control while they binge, and sometimes eat to the point of discomfort. These moments tend to be shameful ones, which leads to feelings and acts of isolation from friends and family. People with binge eating disorder may go so far as to avoid eating in public.

Bulimia nervosa is very similar to binge eating disorder, except that those suffering from bulimia follow episodes of overeating with weight-gain prevention methods. One such method is self-induced vomiting, or purging.

We must accept and understand that eating disorders are actual diseases. Mental illnesses in general are so misunderstood for a variety of reasons. Eating disorders are especially overlooked, however, because the media glamorizes thinness and shows it as the norm.

As someone who has been very personally affected by eating disorders, I shamefully admit I did not understand them in the past. One common misconception in regards to eating disorders is how the person perceives themselves. Comments like “You are so skinny, how do you not see that?” don’t actually help them accept reality.

Another false idea is that the victim of an eating disorder can control it, and the disease is just a phase. Neither of these are true.

What to look for

If you think someone you know might be affected by an eating disorder, there are certain characteristics and signs to look out for. Since there is no specific way, though, to notice someone is suffering from an eating disorder (according to Medical Daily), recognizing one when you see it can be difficult.

Weight-loss behavior, like throwing up, is a sign of bulimia and is often done in private. Use of diet pills, going to the bathroom after eating and exercising often are also characteristics of bulimia to watch out for.

Someone suffering from bulimia may also start to look different, including having swollen cheeks or jaw area, broken blood vessels in the eyes and teeth that look clear.

Anorexia nervosa can be detected by excessive exercise, subtle insecurities and feeling shy about eating in public. Someone suffering may also feel cold all the time.

There is no specific way to address someone you think might be suffering from an eating disorder. The best thing you can do is let the person know you care about them and show you want to help. The sooner you try and reach out, the better. This may prevent behaviors from developing into full-blown eating disorders.

The time to eliminate misconceptions in regards to eating disorders is now. No more should have to suffer because we assume that if they would just eat, they will get better. Do your research; seek to understand the root of the mental illness, and only then can we try and help those who are suffering. 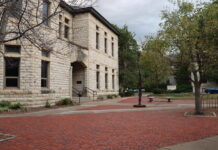 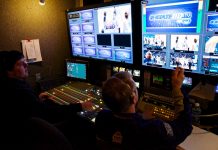 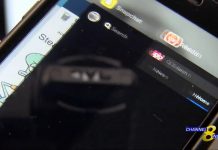