The Marianna Kistler Beach Museum will host an exhibition inspired by the similarities between a small town in Florida and a large reservation in metropolitan Phoenix. The exhibition is created by the museum’s 2015 gift print artist, Dean Mitchell.

According to a K-State news release, Mitchell’s project “Dean Mitchell: A Place, A Mental Space” will run from March 3 – June 21 in the Beach Museum’s Ruth Ann Wefald Gallery and features watercolors and oil paintings of scenes from Mitchell’s hometown of Quincy, Florida and the Pima-Maricopa Indian Community in Phoenix.

Mitchell was inspired to make the collection on a drive through the Salt River Pima-Maricopa Indian Community in metropolitan Phoenix. The artist was struck by the similarities between the structures in the reservation and the buildings in his hometown of Quincy, Florida.

For more information about the Mitchell exhibition and related events, contact Linda Duke, museum director, at 785-532-7718.

Stefan H. Bossmann, professor of chemistry at K-State has been awarded the title of Highest Honored International Expert by a panel of scientific advisers to the Chinese State Administration of Foreign Experts Affairs, according to a K-State news release.

During the summer, Bossmann will advise Chinese authorities on methods of early cancer detection. The honor was given to Bossmann after a Guest Distinguished Scholarship and an Honorary Distinguished Professorship from Kunming Medical University in 2014. Bossmann was also given a collaborative research grant from the Chinese National Natural Science Fund. 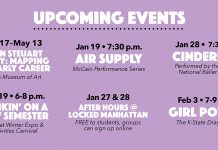 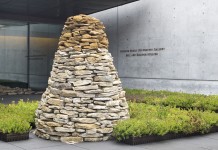