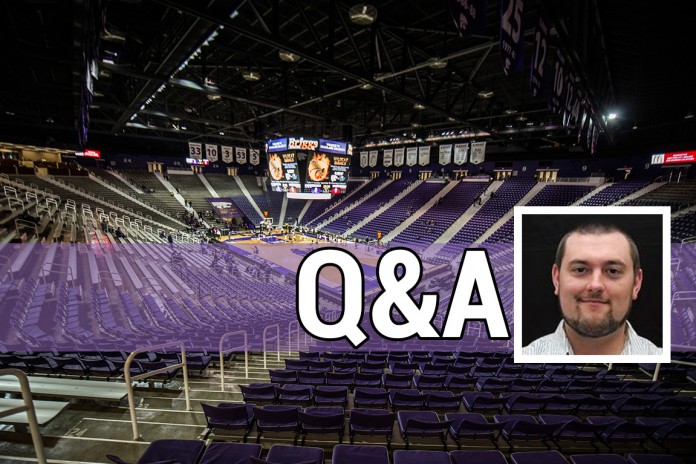 Monday night, Iowa State fans had their eyes glued to their televisions, hoping and praying for a K-State upset over No. 8 Kansas.

The Cyclone faithful got their wish. For the second-straight season, K-State stunned their in-state rival in the “Octagon of Doom.” The win meant that Iowa State — temporarily, before falling to Baylor on Wednesday — controlled their Big 12 regular season title destiny.

Now, Iowa State has work to do. K-State, meanwhile, has a season to salvage by at least climbing back to .500. One thing is for certain: Cyclone fans are K-State supporters no more.

Collegian: How big of K-State fans were the Iowa State faithful on Monday? (laughs)

Travis Hines: Absolutely huge. I think a lot of Iowa State fans (and players and coaches) went in to Monday night thinking there wasn’t much of a shot of K-State getting it done. But by midway through the second half, my Twitter feed was afire with Wildcat cheers.

Collegian: In the first meeting at Hilton Coliseum, Jameel McKay was a standout performer, scoring 15 points, grabbing seven rebounds and blocking three K-State shots. The Wildcats have struggled against lengthy post players. Do you see McKay having himself another solid outing?

Hines: I do. McKay was quiet against Texas’ length last weekend, but he’s shown he can stand up to some physicality. He’ll also force Thomas Gipson to run the floor with the way he transitions from offense to defense.

Collegian: Iowa State doesn’t quite control their destiny, but the Cyclones do have a very decent shot at claiming at least a share of the Big 12 regular season title. Is there any added pressure on this team down the stretch?

Hines: I think they’re looking at it as an opportunity. Not long ago, we had all given Kansas their 11th-straight Big 12 regular season title. Iowa State is now in a position to get at least a share of it and I think they’ll try to make the most of it.

Collegian: Six of Iowa State’s seven losses have come on the road this season, either in true road games or games played at a neutral site. Have the Cyclones been able to pinpoint their road woes at all this season, especially down the stretch in ballgames?

Hines: After winning back-to-back games on the road last week, it looks like the Cyclones have figured out what they need to do to win away from Hilton Coliseum. The reason they’ve given is that guys have bought into roles, whereas maybe that was a little iffy before.

Collegian: Georges Niang has yet to score in double-figures at Bramlage Coliseum in his career. However, he’s lost weight and improved his game this past offseason. Do you see him having a breakout performance on the road in The Little Apple?

Hines: It’s tough to predict which Cyclone will have a breakout performance each game simply because they have eight guys capable of doing it on any given night. At last check, they’re the only team in the country with six guys averaging double figures.

Collegian: Aside from the help in the standings, do you think K-State’s victory over Kansas benefits the Cyclones in not overlooking the Wildcats, who are still under .500?

Collegian: Iowa State and K-State has made for some fun matchups in recent memory. Do you foresee another close one Saturday?

Hines: A lot will depend, I think, on how well the Wildcats are able to regroup after such an emotional win Monday. If K-State can’t replicate that energy and urgency, it’ll be tough for them to stick close to an Iowa State team playing for something.

Collegian: One player K-State fans may not know about who they should keep their eyes on Monday and why?

Hines: Sophomore guard Matt Thomas has had an up-and-down career with Iowa State, but he scored a career high Saturday against Texas and will be looking to build on that performance. 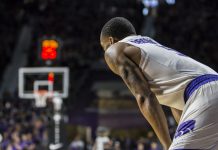 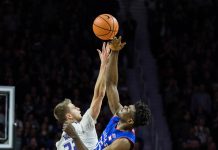 Wildcats drop the ball in Sunflower Showdown, losing to the Jayhawks

Women’s basketball to face KU in the Sunflower Showdown