Cheryl Johnson, director of the Child Nutrition and Wellness Team at the Kansas Department of Education, spoke to K-State’s Health and Nutrition Society last night about the health and wellness initiatives being taken in Kansas schools.

“I thought it would be a good fit, and she was willing to help out and do it,” Robertson said.

Johnson focused her lecture on the need to create healthy school environments. She explained that this begins with envisioning what people want a school environment to look like, followed by engaging with the school and, finally, empowering the students within it.

Three years ago, there had not been a change in policy in over 20 years.

“You have to change the culture,” Johnson said.

To do this, Johnson and her team came up with model guidelines for schools, trying to give schools a reason to move to healthier eating environments.

“Our goal is to get all schools to be modeling schools for health and wellness,” Johnson said. “We know it won’t happen right away, but we’ve got to work our way up.”

A model school must have physical activity every day, five different fruits offered each week, four of which are fresh and an additional one cup of vegetables that are dark-green, red and orange, or beans and peas.

Schools are also required to have wellness committees. The Wellness Team encourages schools to have diverse committees with parents, community members and teachers, but Johnson said she recommends adding students too.

“To me, the most important thing is to have students a part of the committee,” Johnson said. “Those are the schools that are making the most progress at making healthy school environments.”

Johnson has found that children want to be healthier. She said she sees how much they love fruits and vegetables, and that they genuinely want to learn about eating right. They have also shown an interest in farm-to-school initiatives. One school even practices hydroponics where they grow lettuce in their science labs and serve it in the salad bar.

Johnson is currently in the process of writing a grant, with the Kansas Health Association, to implement a monetary motivation for schools to work towards becoming model schools, as well as point towards accreditation.

“It would be the first time ever that health would be a part of how schools can become accredited,” Johnson said.

Aaron Swank, senior in kinesiology, said Johnson covered a lot of what he had already learned in his course work at K-State, but hearing it from her made a difference.

One of Johnson’s greatest challenges is combatting the media. She said she finds that they sensationalize stories, and try to put negative spins on them. For example, some social media sites have said that students are starving – this misinformation saddens Johnson.

“A lot of schools in Kansas are doing a lot of things right,”Johnson said.

She mentioned a reporter from Newton, Kansas who ate school lunches every day for a month, and ended up gaining weight.

That being said, Johnson understands that working with the media is what will be best for the kids. Along with keeping track of the good things that are happening, positive media attention helps with grant money.

“Everybody needs to working together as a team, for the sake of the kids,” Johnson said. “My concern is really about the health of the kids.”

A big concern of Johnson’s is how students’ heath will change this summer. Due to budget cuts, some schools will no longer be able to afford summer school. Cutting summer school will affect how many kids get food this summer, and they will have to rely more on community organizations.

“I liked seeing all the work that Kansas has put in everywhere,” Saren Hobelmann, senior in nutrition and kinesiology, said. “And hearing that even though we’re leading, we still have work to do, that was inspiring.”

Johnson said she still considers Kansas a leader in meal plans and wellness. It is the only state with model guidelines, and 99 percent of schools in Kansas are certified for meeting the set meal pattern. That being said, Kansas has fallen from once being the eighth healthiest state to the 27th, according to United Health Foundation. 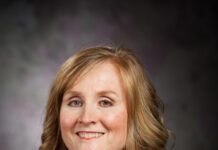 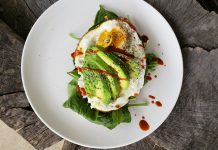 Combine healthy with delicious for your daily snacks