Over the past three decades, post-secondary education has seen a lot of changes regarding financial assistance. As such, affordability is becoming a bigger concern for both current and future college students.

According to the New York Times, college tuition and fees in the U.S. have increased 1,225 percent since 1978 – nearly twice the rate of the rise in health care costs and a little over three times the increase in the consumer price index.

A solution to the tuition prices dilemma has been need-based Federal Student Aid, but federal aid may be losing it’s potency. Assistance programs like the Federal Perkins Loans, Federal Work Study, Supplemental Educational Opportunity Grants and Federal Pell Grants are some of the most reliable forms of assistance due to their size and federal government support.

That being said, these programs currently face turmoil on both state and national levels, and there’s a great deal of uncertainty regarding their futures.

As Pell Grants continue their slow upturn, they aren’t able to keep up with the rate of increase in tuition prices. According to a survey by the College Board, the average published tuition and fees for in‑state students at public four-year colleges and universities increased from $7,825 in 2009-10 (shortly after the start of the recession) to $9,139 in 2014-15. The 17 percent ($1,314) increase in tuition and fees was accompanied by only a 7.1 ($380) percent increase in the average Pell Grant gift amount from the federal government.

Robert Gamez, senior associate director of student financial assistance, said it’s important to note that as Pell Grants may be the largest piece of the pie when it comes to a financial aid package. There are other supplemental programs that are losing much of their weight due to a significant lack of funding, however.

“On the national level, we have the Perkins Loans program that has had funding to it completely cut off and is slated to ‘sunset’ by the 2015-16 academic year,” Gamez said. “It’s a matter of Congress reauthorizing the funds for it, but so far – and even without a replacement – it seems like it’s gone for good.”

“It’s a shame when someone has the willingness to get an education and is at a certain level of academic commitment, but the financial means get in the way of that.” – Robert Gamez

Gamez also said it was disappointing how little state support student funding has been receiving. Programs like Federal Work Study and others have had no increases in the last eight years. He said the last time Supplemental Educational Opportunity Grants saw a change in K-State’s books it was a 4.4 percent decrease for the 2011-12 academic year.

“When I first went to school about 30 years ago, I was a first generation college student and even with college being much cheaper back then I still got to receive a good financial aid package that helped me through school; and I just think it’s unfortunate that students today may not have that opportunity,” Gamez said. “It’s a shame when someone has the willingness to get an education and is at a certain level of academic commitment, but the financial means get in the way of that.”

On the state level, the future for students in dire financial need may have to rely on philanthropic university sponsored programs. Even though such programs may provide only a fraction of the help that federal programs provide, they appear to be a rapidly growing and a fairly successful trend.

An example of a philanthropic program that has had great success is K-State Proud, a nationally-recognized and student-led fundraising campaign for students having trouble paying their full tuition bill.

Connor Kraus, Student Opportunity Award committee chair for K-State Proud and junior in family studies and human services, highlighted the importance of student and the general publics’ awareness of the current situation in higher education.

“The shortcoming in federal aid and increases in tuition rates may increase the number of applicants over the next few years, but we hope to match that by raising enough money to meet the students’ needs..” – Connor Kraus

“I’m overall very pleased with how far we’ve come as a program,” Kraus said. “We’ve been grabbing a lot more attention over the years, and I think that’s one of the most important factors in helping expand the program. Nine years ago we started out with about $36,000 to give away to needy students, and just last year we had given away 444 awards totaling about $600,000 – which is a lot when you consider the fact that it’s all from students to students.”

Kraus said most of the students who send in applications usually tend to be out-of-state, which wasn’t a real surprise given the substantial amount of tuition they have to pay relative to in-state students.

Kraus said K-State Proud awards mainly go to students who have exhausted all forms of financial aid and can’t afford any more costs, but desire to stay in school.

“The shortcoming in federal aid and increases in tuition rates may increase the number of applicants over the next few years, but we hope to match that by raising enough money to meet the students’ needs and hopefully keep making an impact at the university,” Kraus said.

Brady Mathews, freshman in business administration, said there will always be rising costs when it comes to tuition and, consequently, loans will be become more and more essential until they turn into a basic need for any college student.

“I’m just starting out as a freshman this year and things aren’t at that point where financing a degree is the largest issue,” Mathews said. “I’ve had some scholarships here and there but I also had to take out student loans to cover tuition cost.”

Mathews said he was concerned about the rising cost of attending college and federal aid shrinking.

“We’ll just have to wait and see what happens but hopefully down the road we see some balance start to build around the state and on the national level as well,” Mathews said.

Students give back through K-State Proud philanthropic campaign 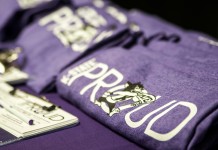 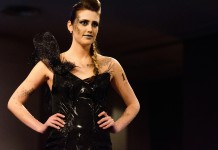