When going to college, many students automatically assume that they will get their diploma in at least four years, maybe five. Some students, however, are doing the exact opposite by planning to graduate earlier than many of their classmates.

Several people are curious as to why these students are graduating early. Is it the rising cost of tuition? Did they come to college with many of their credit hours already out of the way?

Leah Kellerman, sophomore in elementary education with an emphasis in special education, will be graduating in December 2016 – a full semester before her classmates.

According to Kellerman, there are both pros and cons to her accelerated college career. On one hand she said she wishes she could have more time to make memories with friends. She is, however, thrilled to be working with kids.

“While I am excited to be getting into a classroom sooner, I am also disappointed because all of my friends will still be in school and I have to take quite a few hours every semester,” Kellerman said. “Next fall, I will be taking 20 hours.”

Kellerman is a little nervous about the workload.

“Between classes, homework and projects, my weeks are very full,” Kellerman said.

During the summer term, the credit hour minimum for full-time students is nine. For some, enrolling in summer classes allows them to graduate ahead of schedule.

Hanna Penny, senior in business management and human resource management, will be graduating this spring – a full year ahead of her classmates.

Penny came to K-State with many credit hours already completed, which allowed her to save money, since she is from Colorado and must pay out-of-state tuition. She has also taken summer classes every year since she graduated high school.

“I have never stopped taking classes,” Penny said. “I always take summer courses and have even taken a couple over winter breaks.”

She said she has found her accelerated college career to be a wonderful experience, with only one big disadvantage.

“I am losing a whole year of college experience, but I don’t think that outweighs the advantages,” Penny said. “There are many more advantages than disadvantages.”

Though, when asked if there was anything that could make her stay for another year at K-State, Penny could only think of one item: tuition.

“Maybe if out-of-state tuition was decreased, I would stay longer,” Penny said.

Kaleigh Lorenz, sophomore in public relations, will be graduating a semester before her classmates in December 2016.

“I am planning on getting a jump start on beginning my career and making money instead of spending the money on an extra semester worth of classes and tuition,” Lorenz said. 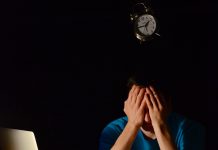 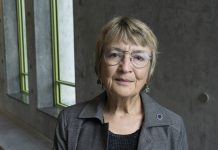 Director of the Beach Museum of Art educates, creates experiences for guests 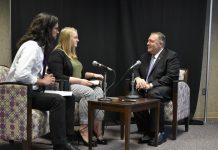