According to a press release from Manhattan Fire Department, firefighters were dispatched to K-State’s Kramer Dining Center shortly after 9 a.m. Friday by a report of a structure fire. Upon arrival, crews discovered light smoke showing from the building structure. The fire, which originated from an unknown malfunction of a dryer, was contained within 20 minutes.

According to a press release from K-State News and Communications Services, K-State scientists recently released results of a two-year study on genomic diversity of wheat species. The findings, which produced the first haplotype map of wheat and provided details of genetic differences in wheat varieties, will be used for future improvements in wheat production.

“All of these new, genomic-based strategies of breeding promise to significantly accelerate breeding cycles and shorten release time of future wheat varieties,” said Eduard Akhunov, associate professor of plant pathology and the project’s leader, in the news release.

According to Akhunov, the haplotype map will give scientists easier access to genetic variation data and will increase the precision of mapping wheat genes, thereby improving the ability to select the best lines in breeding trials.

The study included 62 lines of wheat from around the world, and found 1.6 million locations in the genomes where wheat lines differed from one another. That information was then used to describe the impact of the differences on tens of thousands of wheat genes.

“In the future, we will expand the set of wheat lines characterized using our sequencing strategy by including not only more genetically and geographically diverse wheat lines, but also by including close and distant relatives of wheat,” Akhunov said. “These wheat relatives are known for being a reservoir of valuable genes for agriculture that can improve abiotic and biotic stress tolerance or other quality traits, and increase yield.” 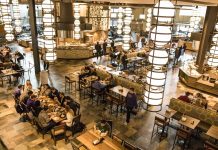 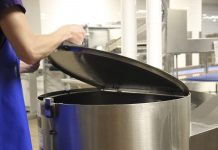