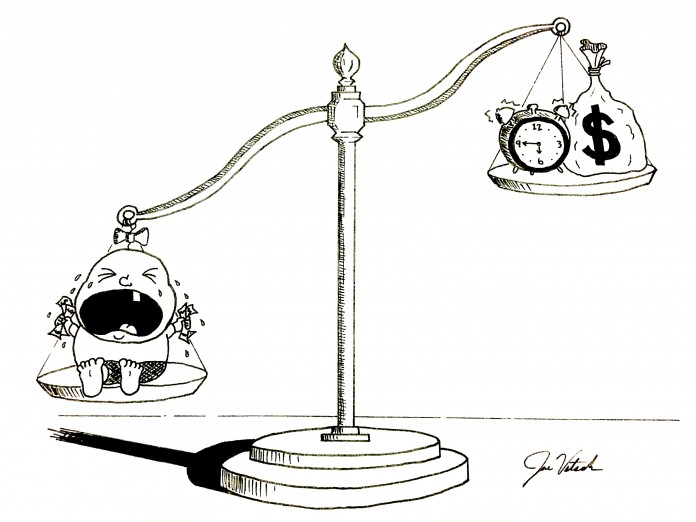 I have a major obsession with Pinterest. I have pinned hundreds of recipes, do-it-yourself room decorations and different types of shoes, but nothing warms my heart like a picture of baby-sized Sperrys.

I have heard that a person does not know true love until they hold their child in their arms. Though I do not plan on becoming a mother in the near future, it is something that I most definitely want to experience.

When my parents got married, they planned on having three, maybe four kids. Twenty-seven years and six kids later, they could not imagine their life any other way. There have been plenty of times when my siblings have gotten on my nerves, but growing up with five siblings meant I always had a friend around. I do not know if I will end up having six kids myself, but the benefits of having children goes far beyond adding fulfillment to my life.

Having children is very expensive, but it also comes with some monetary perks. When filing for taxes, adults with children qualify for some major tax breaks. According to the Fox News article “10 Hidden Benefits of Having Children,” people with children can save thousands of dollars by claiming child tax credits, education credits, as well as child and dependent care credits.

Having children, it turns out, can be good for your health. A study conducted by Brigham Young University found that married couples with children had significantly lower blood pressure than couples without. Becoming pregnant can also help prevent breast cancer, according to the Baby Center article “How being a mom can make you healthier.” This is when breast cells become fully mature, which makes them less susceptible to cancer-causing changes. Certain hormonal changes during pregnancy can also help prevent breast cancer.

Also, many women adopt healthier lifestyles after becoming a mother as well. Slightly more than 50 percent of mothers admitted to dropping or improving unhealthy habits, as well as paying more attention to their overall health after becoming mothers in a Baby Center poll that asked over 20,000 mothers how they changed their health after giving birth.

Childhood is filled with adventures and a carefree attitude, which we often lose as we enter adulthood and the real world. Having a child allows the parents to somewhat become a kid again.

I am looking most forward to encouraging my children to follow their dreams, no matter how unrealistic they may seem. I want to be a role model for my children, not simply in the academic and professional world, but by the way I choose to live my life as well.

Giving birth does come with side effects and consequences that can appear to be negative, but I believe they are all outweighed by everything that children add to a person’s life. I honestly cannot wait to become a mother, but (in the mean time) adorable babies wearing designer clothes on Pinterest will do just fine. 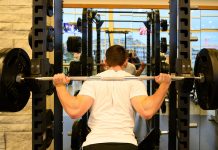 Suns out, guns out: Students find benefits in working out early 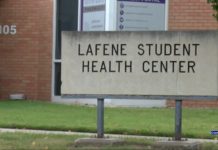 Channel 8: Cold and flu season is around the corner. Keep healthy with these tips. 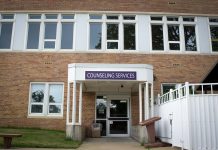