Is there an important difference between an international exchange program in which students cross borders to study abroad, and a international education institute on the K-State campus that is funded by a government?

What if the government that funds the institute is undemocratic and has a lousy track record of respecting basic human rights, such as religious freedom and freedom of expression?

If this government provides money for what is supposed to be a non-political institute whose primary aims are to provide language instruction and to promote knowledge of the culture, does that make a difference?

These are questions we should be asking about the new Confucius Institute at K-State.

As reported in the March 18 edition of K-State Today, there will be a grand opening ceremony for the new K-State Confucius Institute on April 7.

For background, readers might have a look at Marshall Sahlins’ 2013 article from The Nation, “China U.”

“Many reputable and informed scholars of China have observed that the Confucius Institutes are marked by the same “no-go zones” that Beijing enforces on China’s public sphere,” Sahlin said. “In an interview reported in The New York Times, June Teufel Dreyer, who teaches Chinese government and foreign policy at Miami University, said: ‘You’re told not to discuss the Dalai Lama – or to invite the Dalai Lama to campus. Tibet, Taiwan, China’s military buildup, factional fights inside the Chinese leadership – these are all off limits.’

Other taboo subjects include the Tiananmen massacre, blacklisted authors, human rights, the jailing of dissidents, the democracy movement, currency manipulation, environmental pollution and the Uighur autonomy movement in Xinjiang.”

These concerns are also behind the American Association of University Professor’s report from 2014. According to the AAUP report, universities should refrain from hosting a Confucius Institute unless the terms of the agreement between the Institute and the host university grant the host university “unilateral control … over all academic matters.”

The agreement should also guarantee that Confucius Institute employees have the same legal rights to academic freedom that are enjoyed by other university employees.

Inside Higher Ed reports the University of Chicago has decided to terminate its relationship with the Confucius Institute after concerns were voiced by many faculty.

Why should members of the K-State community care about these issues? Suppose K-State faculty want to organize conferences or events on the following topics: the ethnic cleansing of Uighurs in Xinjiang province, the “One China Policy” (which opposes an independent Taiwan), Internet freedom from a global perspective or the oppression of dissidents.

These topics are not hypotheticals. The New York Times reported a professor at a Chinese university, Ilham Tohti, was sentenced to life in prison for his nonviolent political activism. Tohti advocates peaceful resistance against efforts by the Chinese state to force-assimilate Uighurs in Xinjiang province. Uighurs, a predominantly Muslim ethnic minority with their own language and culture, labor under state oppression.

Or suppose there were a proposal to create a Tibet Institute? Will K-State be exempt from the pressures that all of the abovementioned universities faced when they wanted to promote dialogue on topics the Chinese state wants to suppress?

I happen to agree with Tohti that there should be resistance to what the Chinese state is doing to Uighurs. Yet I will not be fired from K-State for expressing this viewpoint. If an employee of the Confucius Institute were to defend a similar viewpoint, or were she to pen an op-ed like this one, will she be guaranteed the same protections for academic freedom?

Here is another example. Suppose Vladimir Putin was willing to sponsor a Russian Studies Center at K-State on the condition that funds given to the Center could not be used to host a conference on current events in Crimea and Ukraine. Would it be a good idea for K-State to accept such an offer? This is not an exact analogy but it does help us see an important question: on what terms should a university be willing to host an institute that is funded by a government?

In posing these questions, it is essential to be clear about where we stand on the topic of international education. Some who raise worries about international education programs do so because they are opposed to greater engagement with the global community. In general, that is a very bad idea, one that usually springs from xenophobic motives or some form of parochialism or bigotry.

When it comes to international education, we should favor engagement. In my own case, I have led study abroad programs in Italy and Turkey; I have given lectures or attended conferences in undemocratic states, including China and Kazakhstan; and I am currently teaching courses in Kyrgyzstan (which is, by the way, a democracy). These have been the most rewarding experiences in my career.

Yet I have been doubly protected with respect to my academic freedom when participating in these activities; first, by the academic freedom guaranteed by my employer, K-State; and secondly, by norms of scholarship that are for the most part followed at international conferences or extended to foreign faculty when they teach abroad.

It is also essential to stress the following point: we should embrace international students on our campus whether they come from a democratic state or not. An individual is not a state!

Yet our support for international education should be qualified when it comes to the specific terms of engagement. Not all forms of engagement are equal. The concerns that many in the academic community have expressed about the Confucius Institute should be our concerns too. If we fail to address them, we risk making a rotten compromise.

Jon Mahoney is an associate professor of philosophy. 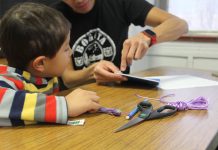 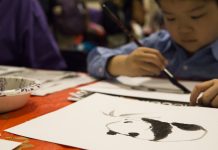 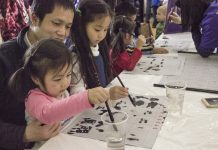