Ali Malekzadeh, dean of the College of Business Administration, was elected to the position of president of Roosevelt University on Thursday. He takes over the position effective July 1. Malekzadeh has been the dean of the college at K-State since 2011.

During his time at K-State, he increased fundraising totals for the College of Business Administration from about $2 million a year in 2011 to more than $40 million in 2014.

“We congratulate Roosevelt University on hiring Ali Malekzadeh as president,” President Kirk Schulz said in a Roosevelt University press release. “Dean Malekzadeh was a driving force in creating a vision for our College of Business Administration that has inspired our students, alumni and donors. We appreciate the dynamic progress made during his time at K-State and wish him success in the future.”

Malekzadeh and his wife, Afsaneh Nahavandi, were born in Iran, but came to the United States to attend the University of Denver. After receiving their degrees in 1979, the Iranian Revolution prevented them from returning home. The United States granted the couple asylum and they later became citizens.

“We are living examples of the American Dream,” Malekzadeh said in the press release. “We lost our country and our possessions. Our education was all we had going for us. It is the one thing no one can take away from you.” 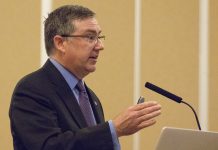 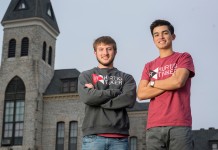