After an impressive performance at the TCU Invitational last weekend, the K-State track and field teams will split to the Texas Relays in Austin, Texas today and Saturday, and the Emporia State Relays in Emporia, Kansas on Saturday.

The women head into the weekend ranked No. 11 in the NCAA Division I Outdoor Team Rankings. The rankings, which are primarily based on performance in the last outdoor season, along with each team’s returning group, were released Monday via U.S. Track and Field and Cross Country Coaches Association annual preseason rankings.

This weekend will be the first competition in which the Wildcats will see their newly-honored athletes, junior multi-athlete Akela Jones, freshman sprinter A’Keyla Mitchell and sophomore high jumper Kim Williamson, compete. Each were honored as Indoor All-Americans after their performances at the NCAA Indoor Championships.

All three women will be competing for the first time in the outdoor events for the Wildcats, with both Jones and Williamson transferring in from junior colleges before the indoor season.

On the men’s side, K-State will showcase their freshman high-jump duo of Nate Gipson and Christoff Bryan, who are also competing in their first collegiate outdoor competition. Gipson, the reigning Texas state champion in the event, received Second Team All-American recognition after placing in 10th place at the NCAA Indoor Championships.

The events at the Texas Relays begin with the 4X400 relays this morning. The Emporia State Relays are set to kickoff on Saturday morning. 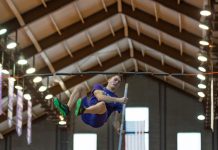 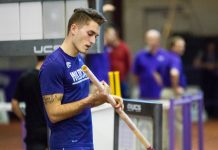