Many students found themselves on the slopes of a mountain or on the sunny shores of some beach this past spring break. One of the most popular, relaxing escapes from school is taking a cruise. As more people seem to be taking to the seas for a vacation, the danger and fatality rates seem to be going up as well. The question of safety is at the forefront of discussion right now. Is this great escape worth the risk?

Anywhere we go and anything we do will hold somewhat of a risk. I don’t necessarily believe that should stop us from living life and doing what we want. When it comes to cruises, the media has over-heightened a few accidents that have made for some rough waters in the cruise industry. Meanwhile, there are still many successful, tremendous ships out there, with people on board making memories. Personally, I would love to join them.

It is no secret that tragic accidents have been making news headlines everywhere recently. Where is cruise fatality risk, though, in comparison to any other method of travel, say flying or driving? According to a Jan. 27, 2012 BBC article titled, “What is the safest mode of travel?” the odds of dying on a cruise are very low. Only 16 people died in cruise accidents from 2005 to 2011 out of 100 million passengers, according to the Cruise Lines International Association (CLIA). That puts the odds of death over that period of time at one in 6.25 million. The article does note that there is no public database on cruise line accidents.

While different incidents in the past couple of years have made this number rise, it is still significantly lower than say, driving a vehicle, which is the most dangerous method of transport, followed by airplanes. Funny how the most common method of travel, the one most of us use every single day, holds the biggest risk, yet is feared the least.

On Jan. 8, a catamaran carrying dozens of foreign tourists on a pleasure cruise capsized off the coast of Costa Rica, killing three people. According to a New York Daily News article titled, “Three dead after pleasure cruise carrying 109 sinks off Costa Rica,” the boat had been properly permitted and the port captain had said it could set sail. Initial reports of an explosion and fire were mistaken, firefighter corps director Hector Chavez said in the article.

It was not the actual cruise itself at the root of the problem, simply poor circumstances. The risk of a situation like this can be found anywhere in any method of transportation; however, headlines focus more on a cruise accident much more than any other type of accident, because they are more rare.

Cruises can be unforgettable fun. Most great excursions in life hold some sort of potential danger. As a strong advocate for living life to its fullest, I believe fear should not hold people back from making memories. They should simply take steps to be fully prepared and informed, ready for anything that could come their way. According to a NBC News article titled, “Nine tips for cruise safety,” there are ways to ensure your safety on a cruise, for example, checking out a ship’s report card and keeping your guard up.

Book that cruise, sit back and take a deep breath. Kick fear out of your mind and enjoy the ride. As long as you just think safe, it will be smooth sailing for days. 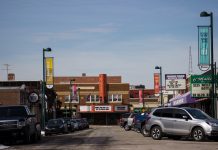 Staying in Manhattan over spring break? Here are some suggestions to fight the boredom 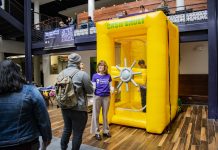 OPINION: Spring break is better than fall break, and that’s a fact