April 1 brings laughter to some, and fear to others. What better way is there to start the day than have your entire closet of clothes falling on you, or being spooked by someone around the corner?

There are the classic April Fools’ Day jokes, and then there are the more elaborate schemes and plots. The pranks can happen at any point in the day, so it’s important to be prepared for everything and anything.

To Nicholas Scott, sophomore in finance, everything is free game. Even breakfast.

“Here’s a good one,” Scott said. “You freeze a glass of orange juice with a straw in it, then pour some fresh (juice) on top and when they try to drink, they can’t.”

The pranks aren’t limited to food, however; even private rooms like the bathroom. Riley Hundley, senior in family studies and human services, said he tried to play a classic bathroom prank. The result, though, was different than the Internet had led him to believe.

“I put clear plastic wrap on the toilet,” Hundley said. “But they saw it before they went. It was kind of a fail.”

The bathroom pranks don’t end there. Karl Peitz, sophomore in business administration, said he thinks outside the box when it comes to April Fools’ Day.

“One of the better ones that I’ve done is Icy Hot on the toilet seat,” Peitz said.

Peitz’s tricks don’t stop there. Peitz and some friends took to the Internet to perform a bigger trick.

“Well, it’s also my friend’s birthday on April Fools’,” Peitz said. “We put his truck on Craigslist for cheap and on his birthday, he had like 120 calls to buy his truck.”

So how far is too far? Cody O’Brien, freshman in secondary education, had a taste of fun that ended up costing a lot more than laugh.

“My whole room was duct taped,” O’Brien said. “I had to buy new sheets because it wouldn’t come off.”

So the bigger plans might not work out. Well, the little ones might not either. You can, however, guarantee that the classics can be played again and again.

“I had someone try to rig up a giant spider to fall on my face when I walked in the room,” Nicholas Meyer, freshman in agriculture engineering, said. “It didn’t work, but I would have screamed if it did.”

No matter what happens, at the end of the April Fools’ Day there is laughter and fun. Even if the elaborate schemes or classic pranks don’t work out how they were intended, you can always try again next year. 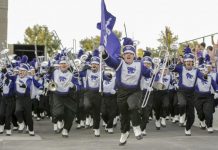 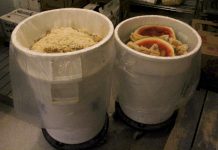 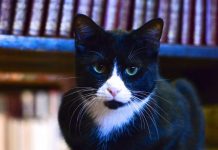