It was a graduate student at Colgate University that first offered the course “Yes Means Yes.” Based off the book “Yes Means Yes” by Jaclyn Freidman and Jessica Valenti, the course examines rape culture as well as public sex education, pornography and mass media.

K-State has joined Colgate and is currently offering its own version of the course to students and Manhattan residents.

It was Jenna Tripodi and Jessica Haymaker, coordinators for the Center for Advocacy, Response and Education, and Jessica Munoz, graduate student in drama therapy, that had the idea to bring “Yes Means Yes” to Manhattan after Haymaker read an article explaining how Colgate’s graduate student used chapters from the book as course concepts.

Haymaker then emailed the student cited in the article to ask for the curriculum. In response, the woman gave her the course guidelines at no charge. K-State’s version is a free, six-week, zero-credit hour class offered through UFM Community Learning Center.

“We have hopes to bring it on the K-State campus and offer it as a for-credit class, but that takes a really long time,” Tripodi said. “We are certainly using this first trial to see what works on this campus and to see what people are interested in learning about.”

The course is designed to accept up to 25 students. Right now, 20 spots have been filled – four of which with people who identify as men. The class also has diversity in age and includes representatives from Fort Riley and community members who do not attend K-State.

Some of the concepts discussed in the course include rape culture, sexual identity, virginity, exploring sexual desires, bystander intervention, as well as the bondage, dominance, sadism and masochism movement. The course is designed for people to have an academic discussion and dialogue about their desires and sexuality in hopes to de-stigmatize talking about sex.

“If we can encourage these conversations and have healthy dialogue and make it acceptable in our community, that would also make sexual assault unacceptable because we would be educated about what consent looks like, how to talk about it and things like that,” Tripodi said.

Haymaker, Tripodi and Munoz are all teaching the course. To make the course K-State specific, the women incorporated bystander intervention because of Munoz’s drama therapy background.

“We didn’t purposely choose three instructors,” Haymaker said. “Jenna and I present together frequently and Jessica (Munoz) wanted to help us, and she had some good skills and topics that weren’t covered yet.”

As K-State’s “It’s On Us” campaign is run through the C.A.R.E. office, there is a “spirit” of that campaign throughout the course. That, though, is not the main goal. The Institutional Review Board approved the class so the instructors can use feedback and findings from the course to publish academic journals.

Munoz added that she feels the course, which is offered every Tuesday at 4 p.m. and will end on April 28, is breaking down the barriers of sex being a taboo topic that is often too difficult for many to have a dialogue about. 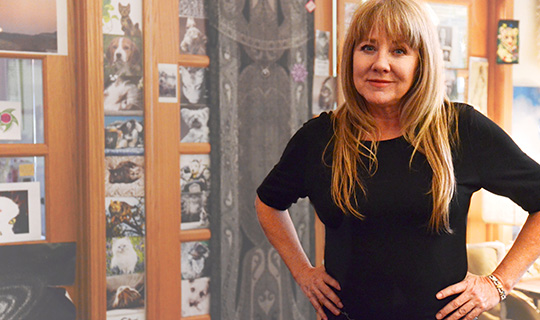