With the shattered records from the Emporia State Spring Open behind them, the K-State track and field team is in Waco, Texas to take part in the Baylor Invitational today.

After a first-place finish and meet record in the 400-meter event at the Emporia State Spring Open, junior middle distance runner Sonia Gaskin looks to continue her winning ways in Texas. Gaskin finished the 2014 outdoor season a First Team All-American in both the 800-meter and 4X400-meter relay events.

Alongside Gaskin, the K-State women’s team will welcome junior sprinter Tia’ Gamble, who’s set to make her season debut. Gamble, who followed up her 2014 outdoor First Team All-American selection in the 4X400 relay with Second Team All-American honors in the Indoor season, will be stepping on the track as a tested force for the Wildcats.

For the men, sophomore distance runner Kain Ellis is looking to duplicate his performance from last week where he earned his second-career, first-place finish in outdoor competition while competing in the 1,500-meter run event.

The Baylor Invitational will begin with the field events at 11 a.m. today before moving to the track starting at 3 p.m. The event will take place at the Clyde Hart Track and Field Stadium. 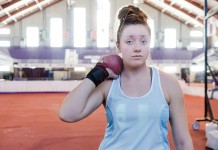 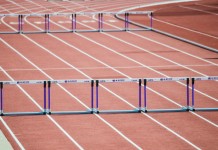