Abaxis gifted $250,000 to the College of Veterinary Medicine. According to K-State News and Communications Services, the donation will help establish the new Center of Excellence for Vector-Borne Diseases, which will focus on combatting infectious diseases with an emphasis on pathogenesis, surveillance and disease prevention when it is completed.

“We are deeply appreciative of Abaxis for helping support the center,” Roman Ganta, professor of diagnostic medicine and pathobiology and director of the center, said in the news release. “This gift will in part allow us to promote the advancement of knowledge on vector-borne diseases of importance to companion and agricultural animals and humans, including the diseases caused by Ehrlichia, Anaplasma, Rickettsia and Borrelia species.”

The mission of Abaxis is to provide the veterinarian and medical markets with point of care blood analyzers.

“We at Abaxis are honored to be able to provide support for the new Center of Excellence for Vector-Borne Diseases,” Dennis Bleile, senior director of research and development at Abaxis, said in the news release. “We have followed the excellent work of Dr. Ganta and his group in their pursuit of understanding vector-borne diseases — including the pathogens’ evasion mechanisms and hosts’ response to these infections. His group brings together molecular biology, immunology, animal models and cell culture systems to pursue its goals.”

State legislators are debating on enacting new legal protections for faith-based groups on state college campuses. The proposal, which has already been passed in the senate, would prohibit state universities from refusing to give resources to religious groups that require members to hold certain beliefs or follow a specific faith-based code of conduct, according to the Little Apple Post.

Kansas already has an existing “religious freedom” law stating state and local governments can’t limit someone’s exercise of religion to a substantial degree with a compelling reason, and allows government actions to be challenged by lawsuits. Religious groups in support of the bill argue the new proposal will set a clearer legal standard and prevent lawsuits. 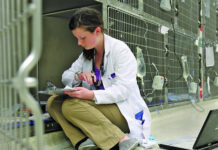 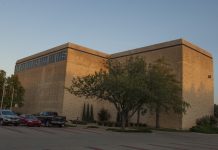 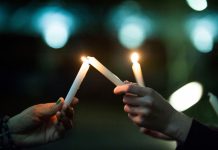