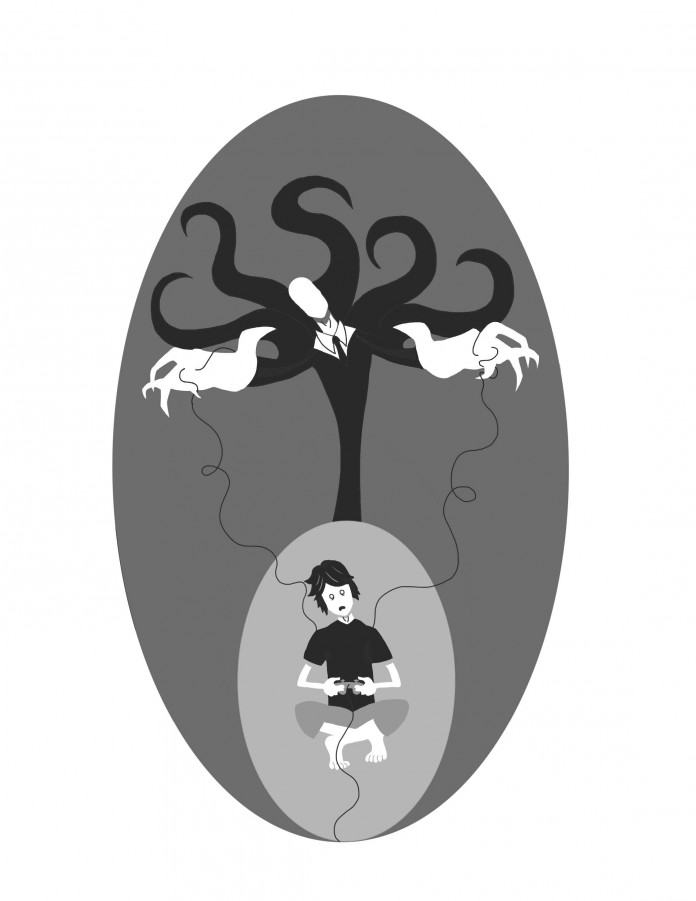 Running, frantic and breathing heavily … will he catch you? You know he’s near. Your vision becomes blurred, like that of a fuzzy TV screen with no connection. Your head swivels to the left, and you catch a glimpse of him. That moment is all you need to make him out; tall, thin, hovering.

He’s dressed in all black and leans forward, as if to wrap his branchlike arms around you until you can no longer breathe. You start to run, but again your vision gets fuzzy: he’s closing in. You are suffocated by trees that sit repetitively next to one another, confusing you and making you lose direction. You make one last helpless attempt to cut right, but you are not fast enough – he’s right behind you. Just before he kills you, you see his face is blank and expressionless.

This sounds like a famous murder case, or maybe a bad nightmare. The scene described above is actually a fictitious account of the game, “The Slender Man.”

While Slender Man may be a character only found on the Internet, his presence was all too real to two 12-year-old girls in Waukesha, Wisconsin. Morgan Geyser and Anissa Weier decided they wanted to be with Slender Man, and the only way they thought they could do so was by killing someone like he does in the game, according to a Sept. 26, 2014 ABC News article, titled, “Slender Man Stabbing Survivor’s Parents: ‘She’s Meant to Do Something Special.'”

The two girls convinced their friend, 12-year-old Payton Leutner, to go into the woods with them to play an innocent game of hide-and-seek on May 21, 2014. The girls entered the woods with Leutner, a skewed imagination believing in Slender Man and a large kitchen knife. They proceeded to attack Leutner, who survived after being stabbed 19 times. According to police, the girls had been plotting this for months.

According to a March 13, 2015 NBC News article, titled, “Judge Rules ‘Slender Man’ Stabbing Suspects Will Be Tried as Adults,” the girls now face charges of attempted first-degree murder. They could both face up to 65 years in prison and will be charged as adults.

This anecdote is downright terrifying, but it is not meant solely to scare you. While this case is gruesome and horrifying, it is not surprising. Kids have too much access to violent video games they simply aren’t ready to mentally handle. According to an Oct. 18, 2008 Annual Review of Clinical Psychology article, titled, “Science on Adolescent Development,” adolescents are more influenced by their peers, have less orientation in regards to their future and are more impulsive.

Since the girls are not being tried as juveniles, questions arise: like whether or not they can be responsible for their own actions, whether they also be should be held accountable and if they should be punished as adults.

“If, for example, adolescents below a certain age cannot grasp the long-term consequences of their actions or cannot control their impulses, one cannot hold them fully accountable for their actions,” the psychology article said. “In other words, we cannot claim that adolescents ‘ought to know better’ if, in fact, the evidence indicates that they do not know better, or more accurately, cannot know better, because they lack the abilities needed to exercise mature judgment.”

This idea can be applied to both this trial and the idea that adolescents should not be allowed to play violent video games at all. I am conflicted as to whether or not parents or institutions can downright ban anyone under a certain age from playing a certain game. How can someone measure a certain amount of violence? Adolescents develop at different rates; who is to decide who is more “mature” and who isn’t? Quite frankly, it would be impossible to ban a certain age group from playing a video game, because many games can be illegally downloaded and computers are easily accessible.

“The Slender Man” isn’t the only game that makes some players feel uneasy. According to a Jan. 20 Daily Mail article,”‘Hatred’ Game Becomes Second in History to Get Adults Only Rating as Critics Slam Makers for ‘Sickest Ever’ Storyline,” gamers are encouraged to kill anyone they see, including police officers and the public.

The title was initially banned from Steam, a marketplace for video games, but reinstated after getting complaints from gamers who wanted it back. All five of the “Grand Theft Auto” games have been surrounded by this idea of violence, depicting women as disposable sexual objects and overall making me feel disappointed in humanity for loving the game so much … but not all games are bad.

“Superbrothers: Sword and Sworcery” has a female protagonist, the Scythian, whose mission is to basically save the world. What a nice turn around from being able to run hookers over with your car, don’t you think? Innocent enough, despite their addicting nature, games like “Candy Crush” and “Flappy Bird” are simply there to fill time while waiting for a table at a restaurant or in-between classes.

Should violent video games be banned? No; it is a billion dollar industry and I don’t want to stop that economic flow or not let video gamers enjoy what it is they do. Parents should, however, be more strict about what it is their children do in their free time.

Forget about monitoring the video games; how about not having video games altogether? Put down the computer or controller, go outside and have some fun. If more kids spent time in the places that video games depict, like a forest, we would have less Slender Man followers running around with kitchen knives.

Kelly Iverson is a senior in mass communications 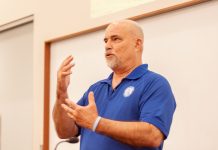