Caitlyn Webb, sophomore in international business and economics, serves as chair for the Green Action Fund committee. Webb became aware of the committee when she was elected the sustainability director within the presidential cabinet of Student Body President Reagan Kays, senior in agribusiness. Barret Wellemeyer, senior in civil engineering, served on the Green Action Fund committee in 2013-14 as vice-chair. Webb said Wellemeyer helped her get the committee back on track.

Wellemeyer studied abroad in 2014, forcing him to vacate his position on the committee. While he was abroad, Ben Champion, who founded the Green Action Fund committee, left K-State to pursue a position at the University of Arizona. This caused the committee to dissolve while the student members searched for another faculty adviser.

“If that $25,000 was not spent by the end of this fiscal year, then the Green Action Fund would cease to exist,” Webb said.

Since January, the committee has been busy reviewing proposals and allocating money to the different projects seeking funds.

Several of the projects that received funding were submitted by Matt DeCapo, graduate student in geography. DeCapo said he is currently researching practices in waste management.

One of the projects DeCapo submitted involves recycling used coffee grounds as a medium for growing mushroom plants. He said he heard the idea in a group project while taking a class called Sustainable Water and Sanitation Systems.

“For this Green Action Fund, we just needed to get people organized to pick up coffee grounds, and maybe it would really help to provide the initial pay to people just to get all this started,” DeCapo said.

DeCapo is a member of the Students for Environmental Action organization on campus. Through this organization, DeCapo said he helps fellow group members develop their ideas and write proposals to receive funding through the Green Action Fund.

Some of DeCapo’s other proposals include beautification of the university recycling center gardens, installing more recycling bins around campus, implementing staple-free staplers and increasing the number of bicycle racks around campus.

Another recipient of the Green Action Fund is using funds to purchase reusable water bottles for the K-State First campaign. Miranda Cook, senior in marketing, serves as president on the Student Advisory Council for K-State First.

The program targets K-State freshmen to offer resources to help them during the transition to college life. Cook said they will be purchasing about 400 high-quality water bottles to hand out at K-State First events next year.

Wellemeyer said the committee hopes to continue to help students who want to serve their community.

“The coolest thing about the Green Action Fund is it empowers students to fill needs with a sustainable focus that often times don’t have the opportunity of otherwise being met,” Wellemeyer said.

The committee has $45,000 to allocate next year for student projects. Webb explained the criteria for how projects are selected for funding.

“As long as the student’s idea is something that is well thought out, they have an active plan, and it is targeted specifically at increasing sustainability, and that all students on campus can benefit from [the project], then they stand a great chance at being sponsored,” Webb said.

The deadline to submit projects for the 2015 fall semester is Friday, September 23. The last deadline for the 2016 spring semester is Thursday, December 3. For more information about the Green Action Fund criteria or how to submit a proposal, students can visit their website. 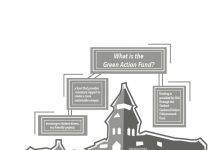 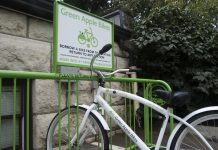