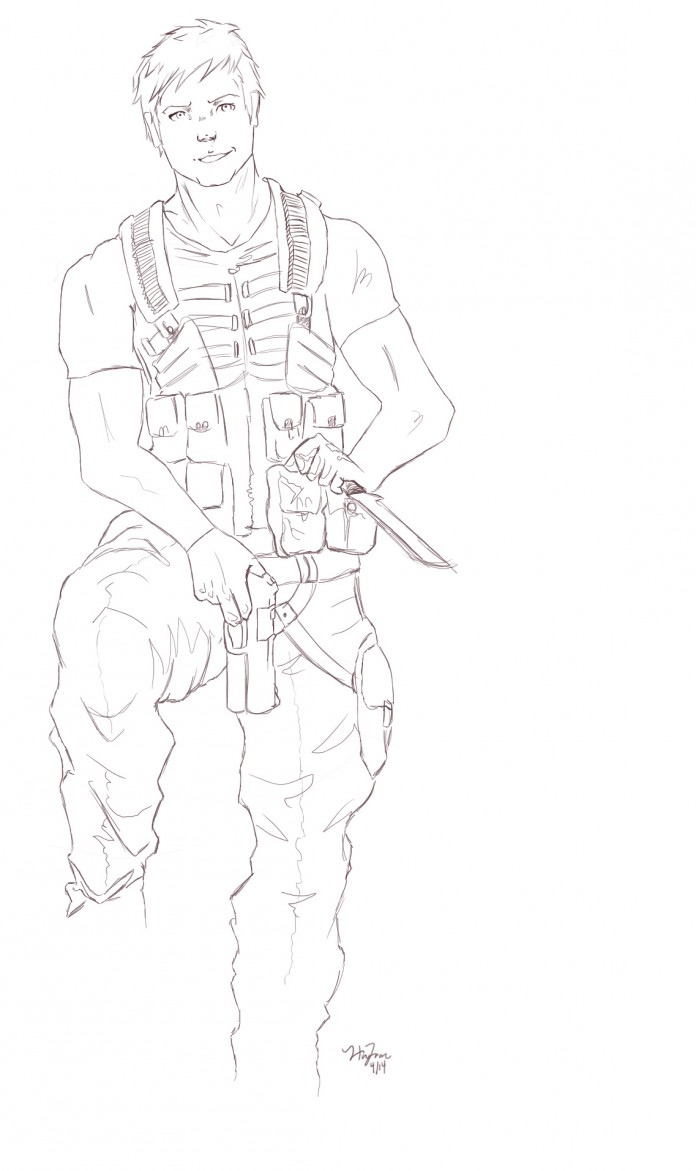 Why is it that we, as a society, glorify those careers that seemingly do nothing but entertain? Kim Kardashian is sucking TV audiences dry with her ditzy demeanor and enormous backside. Timelines and news feeds are filled with meaningless stars living even more valueless lives … and we love them.

Maybe it’s envy, or maybe it’s boredom. Regardless, we watch these celebrities day in and day out and forget those whose careers actually mean something.

K-State is home to the state’s largest military population in higher education, according to K-State’s website. Along with its outreach programs at Fort Riley and Fort Leavenworth, there is also an Office of Military Affairs at K-State that aims to promote military and student engagement, contact military speakers for campus activities and arrange students tours of military installations.

As part of the Manhattan community, students should embrace and support the men and women who reside at Fort Riley, their families and those currently serving our country.

As of Sept. 30, 2014, there are 221,206 total veterans living in Kansas, according to the U.S. Department of Veteran Affairs. These men and women survived serving everything from World War II to Vietnam, where so many of their brothers- and sisters-in-arms fell.

Even after soldiers return from wherever they were serving, their struggle is not over.

Post-traumatic stress disorder occurs after someone has been through extreme trauma and is very common amongst veterans. Of the many reasons that make people more likely to go through PTSD, some can be if they were directly exposed to the trauma as a witness or victim, were seriously hurt during the event or believed they were in danger, according to the National Center for PTSD.

This makes sense as when you are in the military, you may see things like combats, go on dangerous and life-threatening missions and witness death.

Approximately 7 or 8 out of every 100 people will have PTSD at some point in their lives, according to the center. During a given year, about 5.2 million adults have PTSD. While not all of these cases are direct results of being in the military, it is still a clear indicator that PTSD is an issue here in the U.S.

The number of veterans with PTSD varies, depending on the service era. For example, according to a 1980 National Vietnam Veterans Readjustment Study, about 15 out of every 100 Vietnam veterans were diagnosed with PTSD. This number has since gone up. It is currently estimated that 30 percent of Vietnam veterans have had PTSD in their lifetime.

These numbers are shockingly high, but how can we go about lowering them? With more support and recognition of what our military goes through, maybe then we can better understand how to help the military community.

The need for support

According to a Jan. 14, 2014 Veterans Health Administration report titled, “Suicide Rates in VHA Patients through 2011 with Comparisons with Other Americans and other Veterans through 2010,” there has been an increase in the suicide rate in female VHA users and an increase in the suicide rate of male VHA users under age 30, especially those aged 18-25 years.

According to the Department of Veteran Affairs report titled, “Suicide Data Report, 2012,” it is estimated that 22 veterans will have died by suicide each day in 2010.

The number of military deaths by suicide was actually larger than those killed in combat as well, according to a Jan. 14, 2013 NPR article titled, “U.S. Military’s Suicide Rate Surpassed Combat Deaths in 2012.” Tom Bowman, NPR’s Pentagon correspondent, said in the article that while many of the deaths are the result of stresses that come with being deployed in a war zone, others were never deployed and the suicides were a result of financial or personal problems. He said that most were young men, age 18-24, who felt that seeking the necessary help would undermine their career.

The stigma that surrounds mental health care plays another large role for those suffering from depression, suicidal thoughts or PTSD. We shouldn’t allow misconceptions to play any part in these tragic losses, believing that those suffering should “just feel better” or “get over it.”

Despite these misconceptions, veterans need more support from mental health care facilities and programs. According to a May 2, 2013 Stars and Stripes article titled, “Report: Veterans at risk for suicide not getting follow-ups,” the Office of Inspector General released a report that said 30 percent of high-risk mental health cases they reviewed did not receive all of the follow-ups the department promised. This goes against their existing policies, which requires staff to conduct follow-up appointments or calls “for any veteran discharged from an acute mental health treatment program.”

We must insure that our veterans and military get proper mental health treatment as well as push for more programs to help those who have fought for our country and are dealing with the aftermath.

Why is it that most of us forget about the men and women serving our country every day until Bradley Cooper or Mark Wahlberg plays one on the big screen? While I commend these actors for portraying such acts of heroism and shedding light on our military, it is the men they pay the part of that deserve and need true recognition.