The Little American Royal originated in 1924 as a parade and exhibition of K-State livestock and was patterned after the American Royal. By 1928, it had evolved into a showing and fitting contest for students at Kansas State University.

Last Saturday during Open House, the annual Little American Royal was held at Weber Arena. It served as an opportunity for students to learn more about livestock animals and how they are exhibited with hands-on experience. Experienced students got a chance to compete against their friends or show off their skills. Students were evaluated on their ability to exhibit an animal of their choosing from one of the six different species offered by K-State’s animal units: beef, sheep, dairy, goat, horse and swine.

Each person holds an office position but they all work together in order to make sure the show is a success. They are responsible for working with the faculty advisors, the animal science units and student volunteers. A lot of work goes into making the LAR happen successfully.

Jared Bourek, junior in animal sciences and industry and LAR vice president, said the show would not be possible without the many students who volunteer their time to serve as committee heads and work with the students showing as well as preparing for the show day.

In prepration for show day, the LAR representatives are responsible for collecting donations and award sponsorships. They have a sign-up process that allows them to match up students with the animals they wanted to show.

Finally, they work with their faculty advisers to prepare Weber Arena, create the awards for students, invite K-State alumni to serve as judges and help the students prepare their animals for show day. The Little American Royal is not a one-day operation, to say the least.

Adriana Meneses, freshman in animal sciences and industry, said she loved being a novice because they receive a little more slack from the judges because novice competitors don’t fully know what to do.

Judges give the novices a little “wiggle room” when they compete, even offering the participants pointers every now and then about how to better control their animal. Before the novices were able to participate in this event, they were responsible for learning how to show their animal and other key factors for the show.

“We had meetings with our committee heads and they told us what we need to do to get the heifers ready,” Meneses said.

A great deal of time goes into preparing and showing an animal. Tiffany Anderson, sophomore in animal science and industry and Meneses’ partner, said they were out at the dairy multiple times a week, including weekends, for an hour or more every visit.

They were in charge of halter training their heifer, named Brookelyn, which turned out to be more difficult for them on some days than others depending on their heifer’s mood.

They were also responsible for making sure Brookelyn would stand still most of the time they were brushing and washing her. As partners, Meneses and Anderson did everything together and learned from each other during the process.

As with any competition, the partners set goals for themselves during the show. This year, Meneses and Anderson exceeded the goals. Meneses had the goal to just make it out there on show day and have fun.

“I was in Class 1 and I got 2nd in my class,” Meneses said. “I thought that was pretty great because I didn’t have much of a clue of what I was doing, but that’s what made it fun.”

Anderson’s goal was to learn how to show an animal and not mess up. She didn’t place last and Brookelyn was on her best behavior for her. Anderson said she would call that a win in her book.

Both Meneses and Anderson decided to participate in this event because it was offered for extra credit in one of their classes. With such great experiences with their first show, they plan to participate in upcoming Little American Royal Showmanship contests.

In the end, participating in the Little American Royal may be rewarding whether the participant is novice or professional. 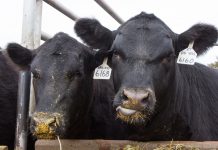 LETTER: Eliminating meat from your diet is not the solution to climate change 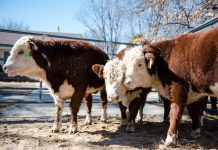