The Manhattan City Commissioners said goodbye to several of their council members and welcomed the newly elected members Tuesday night.

City commissioners Karen McCulloh, Usha Reddi, Rick Jankovich and John Matta finished their term together by approving the minutes from the last meeting before reorganizing the council. Outgoing Mayor Wynn Butler and commissioners Jankovich and Matta each said thank you for the time they had been granted by the people of Manhattan, and then thanked their families and the council for their hard work before they stepped down. The three men were each given a plaque commemorating their service and a photo spread filled with pictures from their work throughout the past few years.

Before Butler stepped down, he made four final proclamations:

He declared April 24 Arbor Day to raise awareness for the protection and management of Manhattan’s trees.

Butler declared May 1 as Financial Planning Day, and said financial planning is essential regardless of age and income, is vital to meet life goals and is something every member of the community should prepare for.

May 9 was declared Letter Carrier Food Drive Day, to help raise awareness for the mail carriers that will be collecting food to replenish the Flint Hills Breadbasket.

Also, the entire month of May was declared Manhattan Bike Month to commend bicyclists for their clean, quiet and energy-efficient mode of transportation.

Butler, along with Michael Dodson and Linda Morse, were sworn in by City Clerk Gary Fees as the newly elected commissioners of Manhattan. They will be joined by McCulloh and Reddi, who are both continuing their terms as commissioners.

The new commission members then passed the consent agenda and approved their first readings of city ordinances unanimously. The first ordinance was a first reading to amend a previously passed plan for development of a residential neighborhood need Casement Road.

Eric Cattell, assistant director for planning, presented a plan that would develop 38 acres of land into 29 apartment buildings. The proposal scales back the original ordinance, which originally called for 40 apartment buildings, and will now include a nine-hole golf course in the area.

The commissioners also addressed plans to build a Mattress Firm store in the Home Depot parking lot. Newly elected commissioner Linda Morse said she been on the planning committee that approved the ordinances that the council was voting on, but said she was a non-biased participant in the voting and did not withhold her vote from the decision. 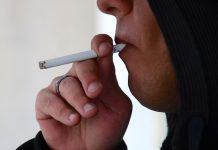 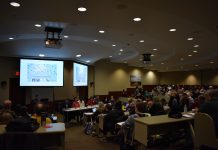