Bruce Jenner, former Olympian and current reality television star, publicly came out as transgendered and opened up about his life-long struggle with his gender identity. There’s no denying that Jenner is a very powerful and influential person now within the LGBT community. He has the support of his family, who has a very powerful impact on today’s society. It’s exciting to know that he, along with his family, have already changed some people’s views on this community for the better. It is important for others to follow in the footsteps of Jenner, realizing it is okay to be yourself, be comfortable with yourself and most importantly, love who you are.

According to an April 25, 2015 Think Progress article titled, “What Bruce Jenner’s Interview Means For Trans Visibility,” the LGBT community is excited and celebrating that Jenner is one of the most high profile celebrities to represent their community. Jenner’s decision to publicly interview about his gender is something that takes a lot of courage and shines a positive light on the LGBT community as well as the millions of others around the world who are struggling with their gender identity.

Many people in the LGBT community suffer silently or come out to their family and friends to be rejected by the people they care about the most. After realizing that they have been rejected by society, some can become severely depressed.

Jenner, having struggled his entire life looking to gain acceptance from others, is showing those who are struggling with their identity that they are not alone. Our society is a far cry from people in the LGBT community feeling completely safe to express themselves, however. According to a 2013 Gay, Lesbian and Straight Education Network report titled, “The 2013 National School Climate Survey: The Experiences of Lesbian, Gay, Bisexual and Transgender Youth in Our Nation’s Schools,” roughly one-third of LGBT students who participated in the survey heard negative remarks specifically about transgender people frequently or often, for example, “tranny” or “he/she.”

On top of this, many students were prevented from using their preferred names (42.2 percent), had been required to use a bathroom or locker room of their legal sex (59.2 percent) and even been prohibited from wearing certain clothing deemed inappropriate based on their legal sex (31.6 percent). It is important that people are aware discrimination against transgender youth and the LGBT community is prevalent, even in schools. This leads to lower GPAs, poor school attendance and higher levels of depression.

According to the National Center for Transgender Equality, trans-people are at a higher risk of facing violence everywhere they go. More than one in four trans-people has faced an assault that was bias-driven. These statistics are alarming and incredibly sad. It’s comforting to know that Jenner is taking a huge step in changing these numbers. Of course, people will mock him. Despite the inevitable harsh reactions and judgments, he’s willing to come forward and share with everyone his true self.

By doing this, Jenner’s not only sparking more interest in people to educate themselves on the LGBT community, but he’s also identifying with those who are struggling with their own identity. He’s showing millions of people that it’s OK to be who you really are. 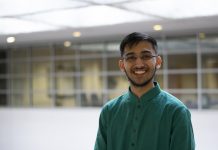 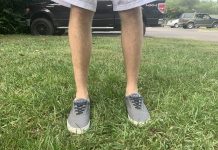 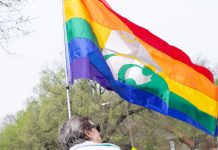