Students today have a lot on their plate. Between school, sports, clubs, friends, family, work and other obligations, teenagers and young adults are waking up earlier and staying up later so they can fit everything into their busy schedules. With so much to get done each day, it makes sense to wake up and take early classes to get them out of the way … right? The question is, does the early bird really get the worm, or do they just get less sleep and worse grades because of it?

While many classes offer students some flexibility on what time they can be taken, other classes are only offered early in the morning, forcing students into waking up early to attend.

If you’re anything like me, you need around an hour to wake up, get up and get to class on time. For the sake of the argument, let’s say you’re taking an 8:30 a.m. class. That means you need to be in bed and asleep by midnight to get an adequate amount of sleep (eight hours). I’ve only been asleep by midnight a handful of times since my freshman year of high school, and apparently that’s normal.

According to an Aug. 19, 2014 Scientific American article titled, “School Starts Too Early,” research shows that teenagers sleeping schedules shift and push teens to stay up later and sleep in longer. This begins at around age 13 and peaks at ages 17-19.

According to a 2014 Education Commission of the States article titled, “Later School Start Times in Adolescence: Time for Change,” the earlier the class, the worse it is for the student. Early education start times in adolescence can have many negative effects, including chronic sleep deprivation, which is damaging to both education and health.

Schools in New Zealand and the United Kingdom don’t even start until 10 a.m. or later for older adolescents. The schools have seen improvements in achievements and behaviors. This differs greatly from schools in the U.S., where some students are expected to be at school and in their desks by as early as 7 a.m. As someone who made the mistake of taking a 7:30 a.m. class my freshman year of college, trust me when I say it’s a bad idea.

Does this mean every college student should avoid early classes? Certainly not, because no two students are going to be exactly the same. That being said, college classes are a lot different than high school classes. I told myself that if I could wake up and be at school by 7:50 a.m. for four years, then taking early classes wouldn’t be a big deal at all. I was so wrong. I trudged through it, staying up too late during the week to get things done and sleeping in on the weekends. I wasn’t doing myself any favors.

According to an April 29, 2015 Fox 8 article titled, “Trouble Sleeping: Helping kids get a good night’s rest,” it is important for teenagers to get eight to nine hours of sleep each night. This is very difficult because of things like school, demanding course loads and extracurricular activities.

How can students change their bad sleeping habits? If you have to work, then go to work in the morning and wait to take later classes until you are fully awake and more alert. This allows students to get more out of their classes while being able to work as well.

My advice is to prioritize your activities, and don’t overbook yourself. If I’m running out of time to get things done, school takes first priority and other things just have to wait until tomorrow. I’d say get to bed early, but it just doesn’t happen as easily as I’d like while in college. Get to bed as early as you can, and allow yourself to sleep until you’re rested. Whether it’s 8 a.m. or 11 a.m., plan your schedule around your sleep needs and not the other way around. 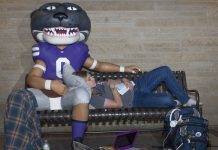 The art of the on-campus nap 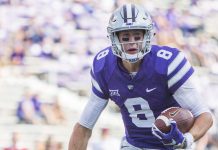