Contrary to evolutionary skeptics and “Well, my daddy ain’t a monkey, and his daddy weren’t neither,” lines of reasoning, humanity is much closer to our animal brethren than can be comfortable to admit. Something about the incredibly fragile ego of mankind makes us think that we, as a species, are undeniably special. We think we are literally God’s gift to the world, despite all evidence against what we are actually contributing to it.

When we worry about what our purpose could possibly be, or ashamedly reflect on our kind’s impact on the planet’s ecosystems and environment, it can make us feel better to think about how our unparalleled intellectual capacities have granted us dominion over the Earth. The problems come into play when science and philosophy slowly close that meaningful distance we thought we had from other animals.

We used to think that humans are special because we alone use tools. Jane Goodall discovered that this was clearly not the case way back in 1960 when she detailed two chimpanzees fashioning and using sticks to fish out termites to eat, and it has since been learned that they use tools quite extensively. Even just recently, according to an April 14, 2015 Discovery article titled, “Female Chimps Seen Making, Wielding Spears,” it was found that our hairy cousins also use tools to hunt, long thought to be one of humanity’s defining evolutionary achievements.

Are humans special because we have the capacity for language? Not exactly. We now know that great apes can be taught sign language and can use systems of cross-species communication through symbols; the most famous examples are Koko the gorilla and Kanzi the bonobo, who understand thousands of words.

Are humans are special because we can think for the future? We aren’t the only ones. According to a Dec. 9, 2013 New York Times article titled, “Considering the Humanity of Nonhumans,” there is a lot of evidence that animals, including chimpanzees, act for the future, and also notes that “some birds hide seeds to recover in leaner times, for example.”

Are humans special because we understand loss and grieve? Well, no. Elephants, for instance, have been shown to be extremely empathetic, including mirroring emotion and grieving loss, according to a Feb. 23, 2014 National Geographic article titled, “It’s Time to Accept That Elephants, Like Us, Are Empathetic Beings.”

Are humans special because we are self-aware? Actually, we are not special even in that regard. Primates, dolphins and elephants all recognize themselves in mirrors, some mammals know their urine from others and birds recognize their own songs and others, according to a Sept. 19, 2013 Live Science article titled, “Do Animals Know Who they Are? (Op-Ed).”

I do not mean for these examples to “prove” that the line between human and non-human is meaningless, but rather for them to show that the line is retreating further and further back into things that still are believed to be unique to humans. Consciousness, morality and creative language, which may not be entirely exclusive to us, are still firmly in our court. Speaking of creative language, this brings me to another court – the New York State Supreme Court.

According to an April 21, 2015 NBC News article titled, “NY Judge to Consider Claims That Chimpanzee Are ‘Legal Persons’,” there is a new legal debate on nonhuman rights. The Nonhuman Rights Project is asserting that two chimpanzees of a New York state university are being unlawfully imprisoned. As autonomous, intelligent creatures, they deserve freedom from being held there and should be released to a sanctuary. This would call on judges to recognize that “chimpanzees have at least some limited rights traditionally reserved for humans.”

While you might not strictly agree with this specific court case, it could potentially lead to further ethical consideration for captive and research animals and more morally sound treatment of intelligent creatures like elephants, great apes, whales and dolphins, which is sorely needed. In philosophy, there is a critical distinction to be made between giving others equal treatment and equal consideration. That is all this court case is asking for, not equal treatment under the law, but just a more equal consideration for our nonhuman friends.

Earlier I asserted that humans like to cling to the idea that we are such higher beings than other animals because it is comforting to think that we are special, and that everything our species has accomplished and built and worked for is special. Well, clearly this distinction we like to think is between “us” and “them” is becoming more and more narrowly defined as we discover that these animals are pretty special themselves. That is not necessarily a bad thing, however. It simply means that our opportunity to mean something to the world isn’t having language, tools or self-awareness.

Our opportunity to be great might just be to recognize that maybe we aren’t so great. Our species can do itself justice by growing morally and intellectually and by giving more consideration to our fellow animals. That is what will make us special. 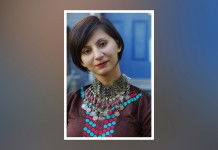 Students remember MLK 50 years after his death, discuss carrying on...