Tuesday marked a temporary end to a transportation battle that has ensued in Kansas since January. Uber, the ride-share company based through a smartphone app, officially pulled all operations in Kansas after the state senate voted to override Gov. Sam Brownback’s veto of new regulations for the service.

On April 20, Brownback vetoed Senate Bill 117, which would require drivers for ride-share companies to undergo criminal background checks and certify that they have comprehensive and collision insurance that would avoid gaps.

Using their smartphone app, anyone in a city where Uber is present can simply sign up, request a ride and pay for their trip all digitally through the app. 57 countries and over 140 cities in the U.S. have the service available.

Contending the bill, Uber said the insurance is unnecessary and that the company provides their own background checks on drivers before hiring.

In a statement, Brownback said the bill would over-regulate an emerging industry.

“An open and free marketplace often results in higher quality products at a more affordable price,” Brownback said in the statement. “This will allow companies like Uber to continue and expand operation in Kansas, where they otherwise would not be able to do so.”

Supporting the veto by Brownback, Uber had previously planned to expand its operations in Kansas to include Manhattan, Topeka, Lawrence and Leavenworth.

Before the override, Uber launched in Kansas over a year ago and was available in Wichita and the Kansas City area. According to a recent blog post, there is hope that it will return.

“In keeping up the motto of this great state, ‘Ad Astra Per Aspera,’ we will aim to reach our goal of a permanent home for Uber in Kansas even after this challenge,” the post said.

“I think its a phenomenal idea and I was even going to do it,” Mark Robinson, Lawrence resident, said.

Robinson said he saw an ad posted on Facebook for the service last week and was excited with the possibility of a new part-time job.

“I’d just be driving around town and I’d be making money,” Robinson said.

Uber is one of a couple companies that has taken a new role in transportation in recent years – making an alternative driver service different than taxies.

For some local businesses though, the news of ride-share companies restrictions was more than welcomed.

“If Uber came in, it would have to be regulated,” Richard Gibson, manager at Wildcat Taxi in Manhattan, said. “It could have posed problems (in Manhattan). With Uber, you wouldn’t have to have a commercial license.”

Gibson said taxi companies operate under strict regulations that he feels are needed for a driver service.

“No felonies, no DUI’s, no questionable activities would be allowed if you were to apply for a license,” Gibson said. “It’s something to think about.”

Gibson said the regulations that are put on taxi drivers are through the city, which would be different for ride-share companies who are regulated through the corporation.

Although taxis have their place, some students at K-State could see a benefit for the ride-share programs.

“It sounds useful,” David Longoria, freshman in biology, said. “Being able to get people around easier. I mean sometimes Manhattan, a lot of areas are close but there are some things like downtown Manhattan that are hard to get to (by foot),” Longoria said.

Times where drunk driving is most prevalent are also a concern for Uber. In their post, the company said the option for safe-rides were used heavily during times of day where drunk driving accidents occur most often. In Manhattan, the Flint Hills Area Transportation Agency, or ATA, buses operate on a fixed schedule that might not be as convenient for all students or residents as driver services.

“People around Lawrence love to get drunk, and I don’t, to tell you the truth,” Robinson said. “I’m open on the weekends, which is the best time and I’m up really late at night which is when people actually need rides.”

With the veto override in place, the bill will become law July 1, although there is still time to pass a second bill to change certain factors in the current bill in between that time. The voting on SB 117 to override the veto passed with a large majority in both legislatures. The Senate vote was 34-5 and the House vote was 96-25.

Uber has taken the initiative to be more involved with raising awareness of their program and even started the hashtag #BringBackUberKS to further discussions and public input for the service.

Uber is one of only a couple other ride-share companies that offer this service. Around the country, platforms similar to Uber are gaining in popularity. More than 10 ride-share companies are available and some offer differences that make their platform appealing to a younger audience.

When introduced, Lyft, a company out of San Francisco, was known for their flashy pink mustaches attached to the drivers cars and giving customers a “fist-bump” when they were picked up.

Ride-shares also offer customers a change of pace. Rather than a standard taxi cab, a customer requesting an Uber pickup has options, depending on the location. With five versions of the service, customers can choose from a low-cost pickup, where the driver uses their own everyday car, to UberLUX, where a luxury car is used for your ride.

For now in Manhattan, the regular taxi service will have to do. Gibson says his company has been doing well though and will continue to be on a steady increase without the added competition of ride-share.

“We’ve been doing good, coming up on our fourth anniversary,” Gibson said. “Our business is growing slow and steady.”

Wildcat Taxi employees nine people – most of which are relatives of Gibson. The small company has only a couple other services they compete with and to Gibson, they remain in good standings. He said he feels the ride-share companies would be hard to compete with if they do move in though.

“Uber would have an unfair advantage,” Gibson said.

Comparing rates that taxi services offer, ride-share companies are, for the most part, a cheaper option. Offering sometimes discounts for first-time riders and coupons makes the service even more likable.

Knowing that the trend of ride-share is a growing one, some Kansas residents want to find new ways to get involved even if it isn’t through the traditional companies.

According to The Wichita Eagle, a former Uber driver, Joel Gutierrez, is taking the situation into his own hands. Gutierrez supports the bill, stating the drivers should be aware that their insurance will not cover a crash while driving for the company, but is upset about how they went about shutting down the operations.

“If Uber wants to throw a fit, we’re going to try to fill the gap,” Gutierrez said to The Wichita Eagle.

Gutierrez said he wants to create his own ride-share company Rebu Rides – which is Uber spelled backwards. 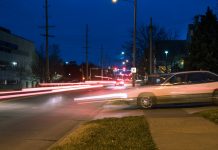 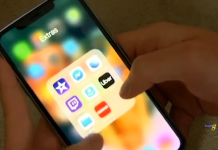