There is an electric car, an infinitely long road and a battery store with an infinite amount of batteries. Now here comes the challenge: the car can only hold two batteries at a time, so what’s the trick to making the car travel infinitely far?

This was just one of the many brainteasers that Blake VanLandingham, senior in computer science, faced in his interview process with Google.

Once he made it through three technical phone interviews, made up of riddles and data structure puzzles, he entered the host-matching phase: the final two interviews that would determine the placement of his internship.

However, VanLandingham had been strategizing long before his interviews. In a pool of students from MIT, Stanford and Princeton, he knew that he needed a leg up in the game.

For Google, internal connections are everything. Applicants are guaranteed an interview if their resumes are submitted by a full-time Googler, so VanLandingham took full advantage of a K-State networking opportunity.

“I got in touch with Blake when I came to give a tech talk on campus, in 2012 I believe,” Cory Hardman, Google senior software engineer and K-State alumnus, said. “Before the talk, Blake came up to me with his resume.”

It wasn’t Wildcat pride that drove Hardman to give Blake a shot, though.

“I submitted his resume based on the conversation I had with Blake,” Hardman said. “He had worked on some impressive projects and quite a bit of good internship experience and he had just started college. He was a pleasure to talk to and I could tell he was already a very skilled software engineer and he would only improve.”

So skilled in fact, that VanLandingham interned two consecutive summers and was later offered a full-time position in New York City.

“The first internship was in Seattle where I worked on the Hangouts team—so that’s like video chat, instant messenger too… Essentially, I wrote a tool to help them patch connection issues, so if you’re chatting with someone and messages aren’t getting through or being dropped, it’s a way for us to better bug that and figure out what’s going on,” VanLandingham said.

As an intern, VanLandingham spent a majority of his 9 a.m. to 6 p.m. workdays writing and rewriting code in between meals, meetings and presentations.

“My second summer, I was on the slides team in New York City working with Google’s version of Power Point,” Vanlandingham said.

VanLandingham’s project was adding the “Elbow Connector” and the “Curved Connector” to the different line drawing options.

“It was super interesting, a lot of math. It released the week after I left, to the public so now I can just pull up Google Drives and see what I did all summer,” VanLandingham said.

Although, if you’ve seen the Owen Wilson and Vince Vaughn movie “The Internship,” then you know that Google is not all work and no play. VanLandingham can vouch for this.

“I was an intern when the Internship movie came out… in a lot of ways, the perks line up pretty well with what you see in the movie.”

He goes on to describe the high quality, organic meals, full coffee bars complete with baristas, mini kitchens every where you look filled with healthy snacks 24/7, the on-site gym, Xboxes, ping-pong and pool tables, everything you can imagine all the way down to a hybrid car available for rent. For free.

In addition to all of Google’s recreational expenses, however, they still manage to provide more than adequate salary figures for their interns.

According to a Business Insider article titled, “What It’s Really Like To Be A Google Intern,” Google interns get paid more than most full-time employees across the country…the average Google intern makes $5,678 per month, or $68,136 per year.

There is no doubt that Google values their employees and wants to see them be successful.

Luke Fiorante, a senior from Brown University, said in his experience as a Google intern, he gained exposure to the types of ideas and ways of thinking that made Google into the innovative company that it is today.

“There were many opportunities for interns to attend talks given by anyone from software engineers to high-ranking executives, on any topic from marketing strategies to how Google’s search algorithm works,” Fiorante said.

Fiorante worked alongside two full-time mentors he said were excellent at making sure they were always accessible, answering questions and providing support whenever he needed it.

“I ended up accomplishing a lot more than I set out to do and learning a hell of a lot along the way,” Fiorante said.

In the end it was VanLandingham’s experience and drive in such a field as “Google thinking” that got him to the job he will now hold. The connections and dedication during school and his internship paid off with that full time job at Google for VanLandingham after graduation. 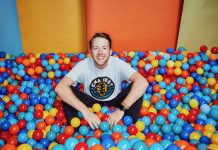 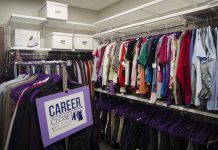