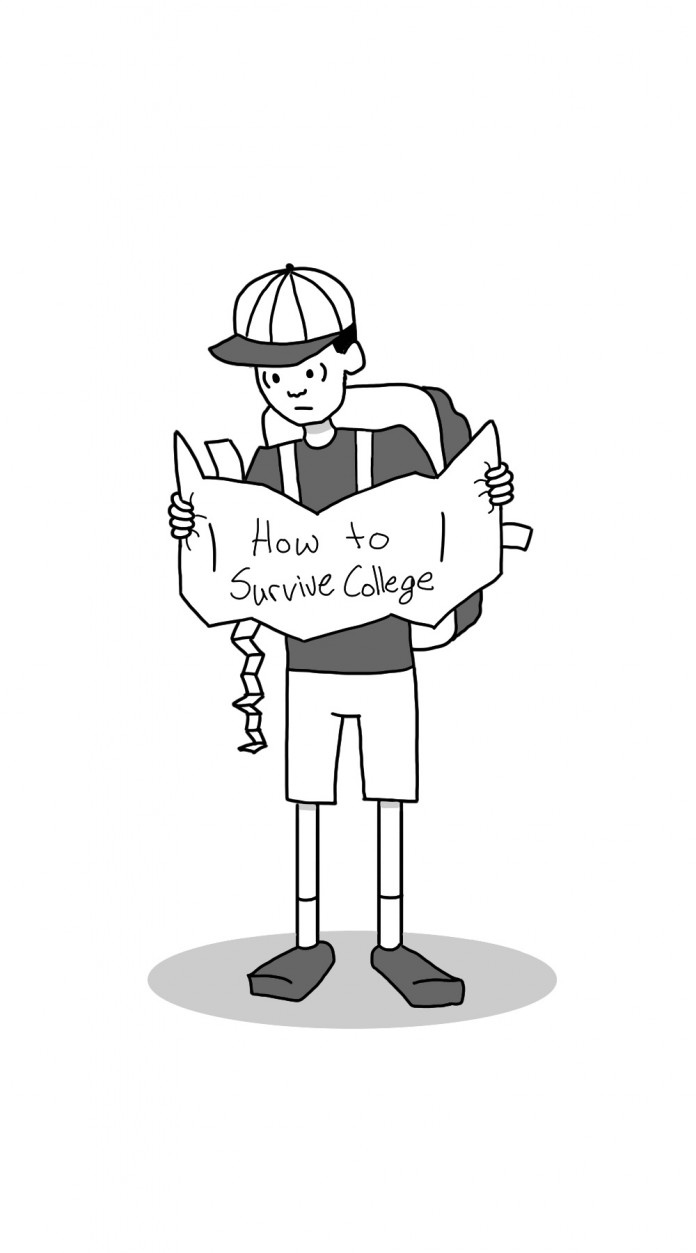 Come one, come all. Nontraditional students, first-generation students, high school seniors fresh out of mom and dad’s basement: welcome to college. Say your goodbyes and experience a strange mix of tears and angst, excitement and fear as you make your way to Manhattan.

Some of your parents will hold your hand until your resident assistant pulls you from their arms (or sob all the way to Topeka … poor Patty), while others may jump for joy as they ship you off to the Little Apple.

Either way, you have taken your first step, the right step I might add, in pursuing a college education. Higher education is hard to come by, what with rising tuition and the cost of living in general, so I applaud those of you who made it thus far.

Don’t let picking out a major scare you. The night before my orientation, I was trying to decide if I wanted to pursue a career in journalism or strap my angel wings on and become a nurse.

If you are reading this article and absolutely hate it, I suppose I should’ve taken the nursing route … but here I am, angel wings and stethoscope long since abandoned. Four years later, I am writing for a college newspaper that prints daily, the ninth-largest daily newspaper in Kansas and loving it.

If you are like me, your skills are limited to a number of subjects, including writing and … well, that’s it. I am relatively good at making people laugh and have recently taken up cutting my own hair (is it good that people have not been surprised when I tell them this?), but writing was the only skill I possessed worth making a career out of.

Not all of you are this (un)lucky and have a variety of skills to choose from when deciding the big question: what do you want to do with your life?

Heads up, this question will continue to haunt you up until your senior year. I am constantly reminded of my lack of future plans, being a grown-up and what not, every time someone asks me the dreaded, “What do you want to do when you grow up?” Aren’t I already an adult? I don’t necessarily act my age, but I already work two jobs and feel the stress of the world like a mattress on my shoulders.

Oh, another skill I forgot to mention: I’m very good at exaggerating.

What I’m getting at is this: you don’t need to have your future mapped out to survive orientation day. Do what you’re good at and, most importantly, do what you love; the major will follow. Many of you reading this might be thinking I made the wrong decision in choosing a career involving writing. If you don’t, feel free to leave comments on the website about how much you like me. Otherwise, leave me alone.

There is nothing wrong with keeping your options open, either. Don’t let the fear of being here a few extra semesters or paying more tuition scare you into choosing a major to simply choose a major. Graduation is creeping up on me, and the thought of no longer attending school after 17 cumulative years of being a student is scarier than starting as a freshman here in the first place. Put your feelers out and do what feels right to you.

New kid on the block

Many of you are transitioning from being the prom king or queen at your high school to being one of more than 24,300 students. If that doesn’t make you feel small, I don’t know what will. I attended a high school with a graduating class of over 500 people, so I was somewhat used to getting lost in a sea of orange and black (go Cougars). Others are coming to K-State having grown up being educated with the same handful of people since kindergarten. All of that is about to change, and it can be intimidating.

While I can’t tell you how to stand out in this sea of overwhelming purple, I can tell you this: being introverted will get you nowhere. Sit with a stranger at lunch during orientation; talk to the person sitting next to you as you are being swarmed by campus tours and pamphlets; bug any students you see on campus and ask for their advice. Ask anyone that goes here and they will tell you this is one of the friendliest campuses they have ever stepped foot on.

As a senior taking pointless general education classes and having hibernated in Kedzie Hall for the majority of my time here, I found myself having trouble finding the buildings I was supposed to be in at the beginning of last semester. Regardless of my senior status, I had to reach out to bustling students on campus with their headphones in and eyes down: the students who were trying to ignore other students like me, standing on the corner by Bluemont Hall – lost eyes, shifting restlessly, strongly exuding the “I’m lost,” arms out, shoulder shrug to those who passed.

Guess what? Students stopped to help me, and not in an irritated, “let’s get this over with” kind of way. I am no cliche, but this K-State family crap that orientation will throw at you until you are saying in it your sleep is no joke. While I have not attended any other college to compare the K-State campus with, I am so very grateful for the students and people here who are intelligent, but not intimidating enough that you can’t ask for directions.

Don’t be afraid to start up a conversation with the fidgeting incoming freshman next to you or to ask a question during orientation, because hey, they’re basically fidgety family now.

While attending orientation will introduce you to many new things, you have to remember that you are letting go to just as much, like living at home for one. Not all freshmen will reside in the dorms upon coming to K-State. For those of you who do, remember this: keep calm and be clean, be yourself, be friendly … the list goes on and on.

Many of you will choose to live with a potluck roommate and that’s great. There’s nothing like getting to know yourself while getting to know a stranger simultaneously. If any of my roommates from Haymaker Hall are reading this, I apologize for my antics, lack of cleanliness and those wonderful duct tape displays I would put on for you. While I don’t get to see my wonderful roommates as much as I would like to, we get together on occasion and are always sad to say goodbye.

I always advise those coming to college to pack light, and your family is one of those things that simply won’t fit into your suitcase. Saying goodbye will be hard, but moving away and living on your own is liberating, exhilarating and freeing. Don’t let the fear of saying goodbye to many things keep you from embracing the change that starts after orientation.

There is no guide to surviving orientation. There is no step-by-step manual to hold your hand to get you through the exhausting day. Baby steps, my friend. Orientation is a precursor to essentially a new life. It’ll be long, it’ll be draining but it’ll be worth it.

Kelly Iverson is a recent graduate in mass communications. 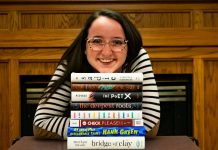 OPINION: It’s been a good four years. But looking back, here’s some advice from a graduating senior

Get the most out of those critical advising appointments