Home #Hashtags #Hashtag: Woman to be featured on $10 bill

The Treasury Department will announce on Thursday that it will feature a woman on the new $10 bill.

According to a tweet made by Nancy Lindborg Wednesday evening, Treasury Secretary Jack Lew will make the official announcement.

Sec Lew announced 2day historic decision to feature a woman on new 10 dollar bill. About time! Share ideas on who to feature #TheNewTen.

Lindborg heads up the U.S. Institute of Peace, an organization funded by Congress to find ways to solve international conflict through peaceful means. Although the tweet mentions a woman being named, there have been no specific names released, leading to suggestions for candidates on social media.

Totally upset we're nixing Hamilton a key founding father instead of Jackson a genocidal murderer #thenewten Can this be undone?

Hamilton, the first U.S. Treasury Secretary, has been on the $10 bill since 1929. Before then, several other people were featured on the bill.

Editor’s note: The story initially stated that Hamilton would be replaced. The story has since been updated. 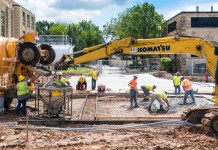 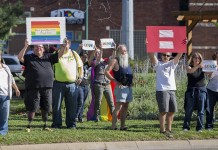