The Islamic Center of Manhattan held its third annual Fast a Day event last Wednesday evening at the community mosque.

The one-day Ramadan event that is meant to bring the community closer, Muslims and people of other faiths, as they come together to witness and experience this special time of the year.

“The good thing about our event is that there’s never been a real pattern of people that show up,” ICM director Mohamed Ismail said. “People of vastly different ages and roles in the community come to see what’s happening within the Muslim (sub)community.”

Ramadan tends to be a significant date on many Muslims’ calendars; it is a month of devoted worship and a “training camp” for faith.

During Ramadan, Muslims fast from sunrise to sunset and during that time, refrain from eating or drinking or indulging in any bad habits or activities that may be deemed unvirtuous.

There is a whole list of reasons why Muslims fast. Some claim that feeling the hunger of the poor and the needy reminds them of their own blessings, and also motivates them to go out and help those less fortunate.

Others say they fast because it brings them closer to God, as they take a break from worldly pleasures and dedicate more time to the spiritual acts of supplication and prayer.

Darren Meyer, Fast a Day participant, said fasting was mostly exciting to him because it relates to his own faith as a Christian, as fasting is a practice mentioned in the Bible as well.

“In addition to the hardship of going a day without food or water, I also work outside during the day and that added even more to the physical strain of fasting – and even though I did it for a day, Jesus did it for 40 days,” Meyer said. “Also, something about being hungry and the whole experience helped me pray better.”

Hosted annually during Ramadan, Fast a Day comes to life through charitable donations and volunteer work. The event lasts a little under an hour and starts off with the recitation of verses from the Quran, followed by a brief lecture on Ramadan and fasting as a part of Muslim faith.

A speaker then shares with the audience the timeline of their own day while fasting. Finally, an interactive Q&A takes place and prizes are given away to guests. Participants don’t necessarily have to fast to partake in the event.

Other participants came to explore the Muslim faith in an attempt to widen their scope and dig deep into religion.

Melissa Shoemaker, Fast a Day participant, said that as someone who is inclined towards agnosticism, she made sure she came to explore and observe the Muslim faith.

“I find this very interesting, since I’m currently still in the searching process,” Shoemaker said. “I don’t know which faith is closest to me, but I’m just learning more and more with time and maybe later down the road I’ll discover something that I connect with.”

Fast a Day coordinators and speakers focused greatly on the importance of fasting, as they said they believe it is not just for the sake of going hungry, but other benefits as well.

“When the condition of hunger gets highlighted for each fasting person, it leads to care and concern for the poor, charity and donations, and the refrain from wasting food,” Ismail said. “We are wasting a lot of food; in the United States we waste millions of tons of it every year.”

Muhammad Sajidur Rahman, social coordinator at ICM, said that he tries to raise awareness about the issue of hunger.

“As it is part of our social responsibility, next year we plan to work closely with local organizations who work against hunger to better serve the community and spread the message of Ramadan,” Rahman said. “We’re excited that the event keeps improving and every year we see newer faces and more participants.” 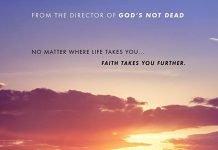 OPINION: The problem with commercializing Easter 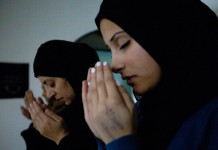