After several weeks of rhetoric having been exchanged from both sides, the Confederate battle flag was lowered at the South Carolina statehouse in Columbia, South Carolina on Friday.

The reactions from people around the country vary, but the majority are glad to be rid of what those in opposition to flag see as a symbol of racism and hatred.

I'm rejoicing for all who grew up being taunted by the #ConfederateFlag — hanging, swinging in the air or blazing on the back of trucks.

To the White conservatives crying about the #confederateflag being taken down, remember why we taking that rag down pic.twitter.com/MoNtbyOzHb

While others who cling to the flag as a symbol of heritage are disgusted with what they see to be an overreaction to just one isolated shooting.

This country isn't about being great anymore, its about minorities and agendas. We are no longer a nation of strength. #politicallycorrect

If you are really that offended by a flag, I suggest you go back to bottles and diapers until your balls drop. #ConfederateFlag

With the flag now down, many supporters of it’s removal want the focus to be on fighting the idea of racism, not the symbols of it.

I have no problem with people celebrating the #ConfederateFlag being taken down, so long as they understand that the fight is much bigger.

So now that the symbol is down, what will we do about the system? #ConfederateFlag

No it's not the end of racism taking down the #ConfederateFlag but it's the beginning of the end of celebrating/honoring that racism.

OPINION: The Confederate flag is a symbol of treason, not ‘heritage’ 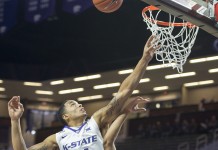