The cheating website Ashley Madison was hacked and all of its users’ information was stolen, according to the website’s parent company Avid Life Media.

Hackers who call themselves the Impact Team have threatened to release all the information if the website does not shut down. The website is mostly known for its ability to allow married spouses to find others to cheat with.

Cheaters are scum, let the world know the truth. #ashleymadison

If you don't have kids, your #AshleyMadison account should be exposed, but if there are children involved, they should be left alone.

I have only this to say to all the cheaters who were on #AshleyMadison … pic.twitter.com/DGjwHJ19Tv

Cheating's about the thrill of getting caught so #AshleyMadison users, you're welcome.

It would've been way funnier if they hacked http://t.co/NXY7uGUy8x. #ashleymadison 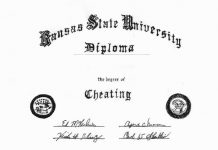